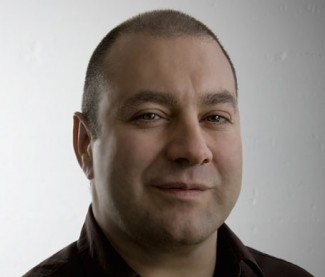 Haig Armen is an Assistant Professor of Design and Dynamic Media at Emily Carr University of Art + Design and a designer living in Vancouver, Canada. For a number of years Haig has been exploring the intersection of art and programming, focusing on the areas of data visualization, gestural interfaces and wearable technology. His research centres around designing Meta Products – network-enabled objects and design-led entrepreneurship.

As a producer of CBC Radio 3′s groundbreaking online magazine during 2001-2005, Haig created editorial and design strategies that have earned CBC international accolades. Haig has had the honour of winning a variety of awards throughout his design career, including three Webby Awards, two Prix Italia for Web Arts and Drama and a Gold Medal from the Art Director’s Club of New York to name only a few.