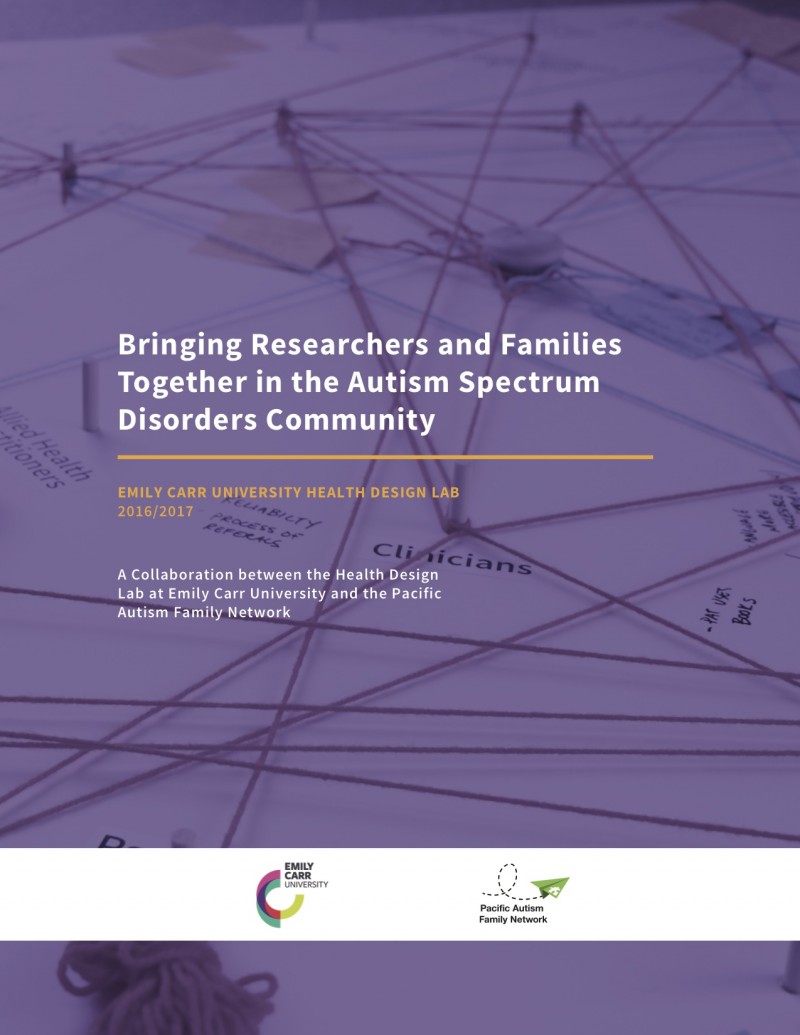 Following the success of the first year of our partnership with the Pacific Autism Family Network (PAFN), the Michael Smith Foundation for Health Research (MSFHR) and the Health Design Lab once again partnered for a research and design project during the 2016/17 year.

With these objectives in mind, students and faculty expanded upon previous work.  During the first phase of the project students and faculty worked towards leading a large public co-creation event at the official launch of the new PAFN facility in November. The intent was to engage visitors, including families and researchers, to the new PAFN building.  For this project’s second phase, in January 2017 we facilitated co-creation workshops with families of individuals with ASDs as well as ASDs researchers in Vancouver and outlying centres. The primary goal of these workshops was to generate meaningful dialogue and foster understanding between researchers and families.

This project was a partnership with PAFN and MSFHR as well as the University of British Columbia, University of Victoria, BC Children’s Hospital Research Institute and BCIT. Read the project report here.