Nazi 3D, Philippe Mora and Me 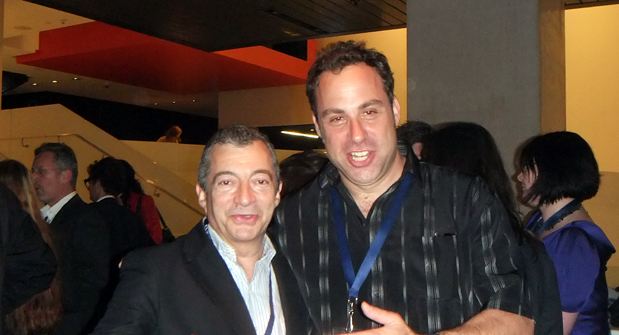 Philippe Mora and I recently met at the Toronto International 3D Conference. He told me how in 1971 he knocked on Albert Speer’s door in Heidelberg (Speer designed buildings, monuments and decorations, as well as the parade grounds at Nuremberg and became Hitler’s Armaments Minister). Mora was invited in for lunch. He spent the day with Speer, who even showed him his 9.5MM home movies. I listened with a certain amount of incredulity, wondering how he could have met someone who was so integral to the malevolent aesthetic of the third Reich. This factual tale seemed like it was straight from a fictional Hollywood script. However, any doubt that I had about the veracity of Mora’s story was erased when he presented his most recent research, titled The Search For 3D in The Third Reich. He told the audience about two Nazi stereoscopic films (shot using a process that the Nazi’s called Raumbild) that he discovered last February. Yet, what was even more unbelievable was the fact that German scientists had employed the 3D film and projection medium during the 1936 Berlin Olympics

“We subsequently discovered that a Technical unit of engineers working with Zeiss Ikon at the Technical and Physics institute in Braunschweig in 1935 and 1936 built special 16MM high-speed stereoscopic units to film certain events at the Olympics. Why? We believe they had determined that in a close race a still photo may be an inaccurate image of who won, depending on the position of the camera. They initiated a plan: They built two stereoscopic rigs to film the events in 16MM at 50 frames per second from a special tower over-looking the finishing line. The cameras were triggered by the starter’s pistol. Even more enterprising they developed the film within seven minutes of the races finishing, and projected them with two projectors to examine the races in 3D. Many results were corrected when the judges viewed the stereoscopic films” (Mora). 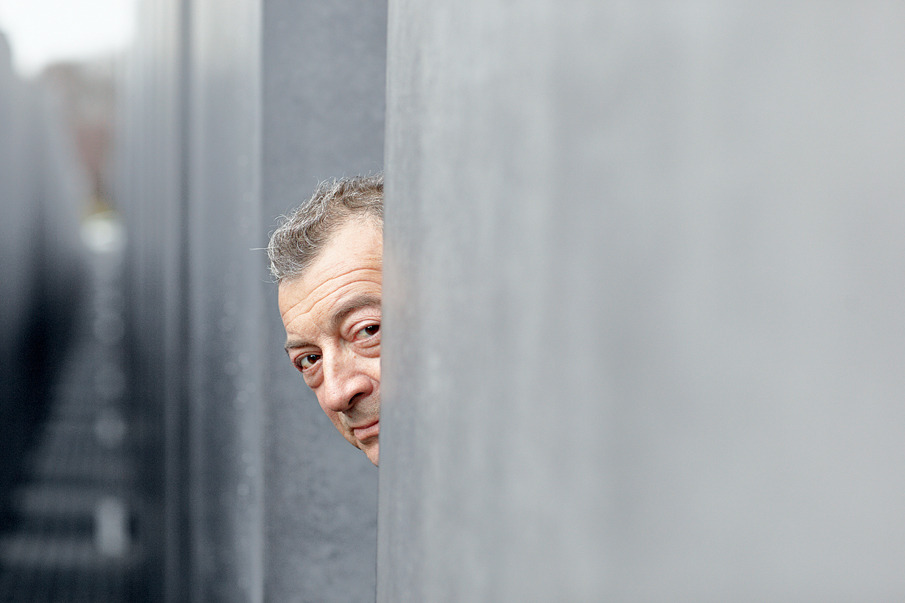 Man Made Mora is a study of Philippe Mora in 3D. Mora in his art and films continues to assess and understand his own life in relationship to the statement made by late German/American political theorist Hannah Arendt (in her unfinished book “The Life And Mind”), “The sad truth is that most evil is done by people who never make up their minds to be good or evil”. The film also documents Mora as he presently attempts to locate Nazi 3D stereoscopic footage (aided by German researcher Harald Grosskopf as together they search for the Holy Grail, i.e., Jessie Owens crossing the finish line in 3D at the 1936 Olympics).

Man Made Mora is also an exploration of Mora the man beginning with his journey, starting in Melbourne, followed by his move to London where he was an avant-garde artist and then to Hollywood where he became a famous film director. Interwoven will be a discourse regarding Mora’s relationship with his father (whose partner in the resistance was Marcel Marceau).

“I discovered that my father was one of few surviving Jews of the 14,000 murdered from that city. He was known in the Resistance by the nickname Mr. Mayonnaise, because he had observed that Nazis would not open sandwiches if mayonnaise was dripping out of them. Because of this, the Resistance would put identity cards into wax paper in mayonnaise dripping sandwiches” (Mora).

Although Mora has made four films about the scourge of Nazism, it is too simplistic to categorize him as a filmmaker obsessed with everything to do with the Third Reich. He has directed over 30 films in all genres. However, there are similar elements flowing through all of his art (Mora was an integral part of the late 1960’s London Avant-garde art scene) and films. Mora is interested in deconstructing and understanding Hannah Arendt’s phrase ‘the banality of evil’ (Arendt, 1906-1975). His latest revelation is a discovery of 3D films in the Third Reich, which parallels Mora’s controversial 1973 documentary Swastika. The film examined the Nazi appropriation of art, culture and media, thus transforming them into an instrument of servitude and evil. In a recent email Mora told me about his motivation to continue to examine and make films about the history of 3rd Reich whether they be in 3D or otherwise.

“The fact is the more you study it; the more mysteries emerge about why it happened. 3D is just another angle of looking at it. I find the current histories and there are many, unsatisfactory. So I keep searching myself and Kafka in many ways was prescient about the coming catastrophes with his stories Metamorphosis, The Castle and The Trial”.

In the documentary film Man Made Mora, interviews conducted in interior spaces with limited depth cues can be accentuated by shooting them in 3D. Action sequences in exterior spaces (or 3D footage found by Mora) with the natural environmental depth cues will be given greater emphasis by employing three-dimensional cameras. The film is a mixture of biography, historical discovery and an investigation into the banality of evil. The documentary’s narration will be told through the director’s voice as I describe my various personal interactions with Mora as they unfold. Man Made Mora is process film; production of the film takes place as the events occur.