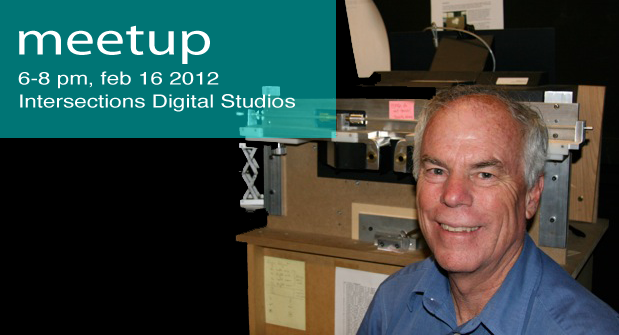 This event is FREE and open to the public, but space is limited!
Register now at: http://s3dmeetup4.eventbrite.com/

We often hear about the famous ‘3D headache’ some people report when watching an S3D movie. Other times we are able to see image artifacts including flicker and unsmooth motion, either due to the captured image or even the projection itself. There are known issues that are associated with S3D content that we must acknowledge and work to improve. Martin Banks has been a key figure in the S3D world where his research has become definitive in understanding the topic of visual perception. His presentation is a must-see for anyone interested in the future of S3D delivery and production. He will discuss how different presentation methods affect the visibility of flicker, motion artifacts, distortions in perceived depth, and examines the properties of these methods in the spatio-temporal frequency domain. From this examination, he has been able to generate a series of predictors of which experiments were conducted and reported on. Martin will summarize in his research on why these issues occur, and will recommend how we can minimize these undesirable effects.

There will be the usual draw for a great door prize, so don’t forget to bring your business cards for a chance to enter! Stay tuned for more upcoming Meetup events from the S3D Centre.

Martin S. Banks received his Ph.D. in Developmental Psychology in 1976 from University of Minnesota. In 1985, he joined UC Berkeley School of Optometry where he has been an Associate and Full Professor of Optometry and Vision Science until the present. He was Chairman of the Vision Science Program from 1995-2002, and again in 2012. Banks has received several awards for his work on basic and applied research on human visual development, visual space perception, and on the development and evaluation of stereoscopic displays. He has also been appointed Fellow of Universities and Societies since 1988 to as recent as 2011.  Read more about Martin and his work at UC Berkeley BanksLab at their website.http://bankslab.berkeley.edu/

Emily Carr’s S3D Centre is a national centre of excellence dedicated to advancing the art of stereoscopic 3D through research, education and training.