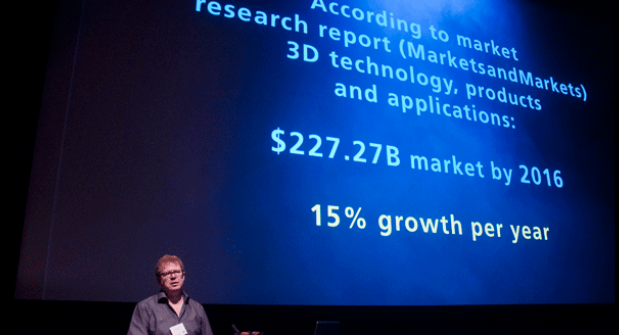 This is PART 3 of 3 Recaps for the 3D[FWD] Conference and Networking Reception. Go here for PART 2, OR PART 1

Murray explained how for IMAX before the current 3D revival, their last studio 3D projects were in 1983. The coming of digital 3D created a brand new model for IMAX, and this started with the release of “The Polar Express” in IMAX 3D. Murray explains, “What kept this going were world’s fairs and expos. Everyone wanted to showcase the best technology in their pavilion so we would be called to help. Our first world fair was in 1987, in Montreal.” These expos provided financing for IMAX to complete more testing and innovation that helped make IMAX the game changer it is today. Murray spoke about how IMAX has evolved dome projection in 3D, and spoke a bit to the incredibly complex process of filming and projecting for dome presentations. On several instances, Murray mentions the dome presentations combined with the incredible CG effects created the closest thing he has seen to virtual reality. Complications around shooting fisheye 3D are what pushed IMAX to create their own 3D system. Murray was involved in the engineering and creation of the first IMAX 3D system- from camera to rig and he describes the issues around finding lenses that allow for an interaxial that is practical. Eventually three of these cameras were built, and Murray’s role changed to also include training camera operators to use the 3D systems.

One of the first to be proficient in 3D was Vancouverite Noel Archambault, who died tragically in a place crash while filming “Galapagos: The Enchanted Voyage” in 1998.  Archambault had worked on every IMAX 3D film until his death, and Murray states that most of IMAXs original staff was indeed from Vancouver originally, hence Vancouver’s rich history in large format 3D. Murray explains what really sets IMAX apart is its ultra immersive experience. “What IMAX is really striving for, is orthostereo experiences. What that means is the cameras are going to shoot parallel, and you shoot with lenses that match as much as possible the perspective the audience will have. You try and match scale and distance in the theatre with what exactly was in front of the camera.” IMAX theatre used to be geometrically scaled versions of each other to perfectly match the narrow dimensions needed. Modern theatres are only slightly different now. “Screen plane was never part of our discussion as stenographers. What screen plane was, was just us asking what the audience would be looking at, and what is comfortable for them (inside the stereo pyramid that included the whole theatre).” IMAX often would shoot stereo infinity on their shoots, and having known what the exact scale of the theatre is, IMAX crews are able to understand while shooting exactly what geometry is needed for the audience. 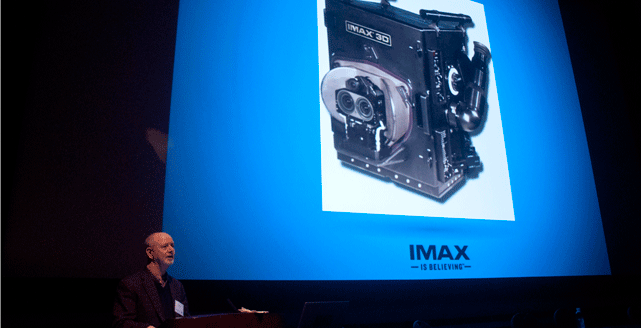 In Murray’s opinion, the 3D projects were what truly built IMAX as a company well into the 90’s. IMAX campaigned to create 3D films for blockbusters from 95′ onwards, and Murray was given a budget to collaborate with Mainframe Vancouver to test some stereo 3D for the show “Reboot”, which led to IMAX completing some conversion work for some already completed 2D animations. IMAX reinvigorated interest in 3D by demoing some experiments that resulted in production of a The Simpsons / Ants 3D compilation film called “Cyberworld” in 2000. “The Polar Express” came on board immediately after, and the reinvention of IMAX 3D films was born from there. Murray describes the process of training astronauts for IMAX’s space films, including the incredible “Hubble 3D”. IMAX has become renown for its space films, and after seeing two 4K 3D clips from IMAX’s “Hubble 3D”, it is certainly easy to see why.

“You did a spectacular job on the conference, congrats! I thoroughly enjoyed hearing from folks working at the pinnacles of production levels and hearing shared challenges and inspirations. I will need to join the society, definitely puts wind in my sails to continue with a current S3D project in the tundra.” – Marten Berkman visual artist, film maker and photographer

“Why 3D? People often ask me. And my answer is always: 3D is better. When people see the same content in 2D and 3D, they always enjoy the 3D content more,” starts Stewart for his presentation. He states that he explains a great amount to advertising agencies and producers about what 3D is, and how it can be created. Stewart believes that in many cases, 3D does add to the story, but in other cases doesn’t add a thing. The easiest way to explain 3D to someone is: “2D is a painting, and 3D is a sculpture. 2D is a wall, 3D is a window. Sometimes you come into a lot of cynicism when you pitch 3D to advertiser or filmmakers, but you are in good company if you share enthusiasm for 3D.” Stewart finsihed that sentence by showing some of the world’s most respected companies in film, tv, advertising and media. As to why 3D is becoming popular once again now, Stewart explains that the digital revolution has finally enabled much more creativity and immersion than previous incarnations of 3D. Stewart says regarding 3D conversion that there is a conversion camp, and a native 3D camp in Hollywood that is now starting to collaborate. For Stewart, he claims he is neutral on the subject and sees the value of both in various scenarios. Stewart makes a valid point that with films like “Pina”, “Cave of Forgotten Dreams”, “Hugo” and “Life of Pi”, it can be demonstrated that even those in older demographics have been enjoying 3D. Young people aren’t the only ones now that enjoy the medium. 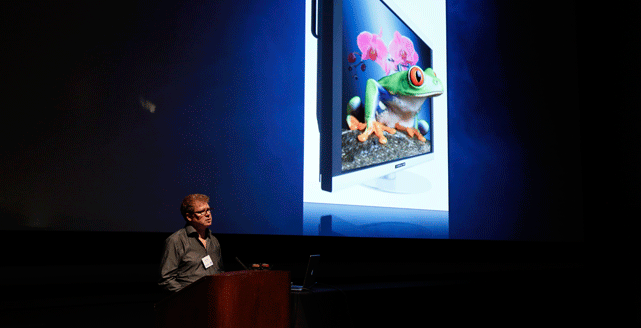 Having been to over 60 agencies, Stewart finds advertisers are largely hesitant to come on board for 3D until they see more convincing statistics that significant viewers will be able to watch their spots on their 3DTV at home. It is a guarantee that cinema commercials will receive large amount of exposure, but TV seems a tougher sell. Stewart mentioned that we are starting to build an ecosystem and argument that there is a place for 3DTV ads; especially since nearly all-new models of TVs will be 3D enabled in the next couple years. “People do want to watch 3DTV, as long as they can find the opportunity to actually view it.” Stewart touches upon auto stereo displays and how some people’s hesitancy to watch 3D is due to the glasses, but being a glasses wearer he doesn’t believe it is as big an issue as it is made out to be. Rather, the accessibility of 3D on tablets and mobile devices seems the most exciting propositions. At this time, 3D technology creators like LG and Samsung are the ones commissioning and paying for content. He explains that some of the auto stereo 3D content is actually already available on some tablets and mobile devices such as the LG 3D Optimus, and he passed this model around for the audience to see. “When you place one of these devices into a clients hands, they immediately see it and get it. It is an excellent tool of persuasion.”

“Our job is to get those eyeballs onto 3D sets. We hear over and over that people are scared to undertake 3D, because they imagine it may cost too much and slow down the production on set. However, that is the last thing we want to hear, and we have developed a case study and whitepaper that you can access.” With good foresight and planning, Anderson describes that the Sony 3D Technology Centre can demonstrate that 3D can be shot in a 2D structure. They undertook an episode of “Days of Our Lives” and “Happy Endings” to prove that episodic TV can be created in 3D. But keep in mind these four main points: 1) Plan your 3D aspects in pre-production, and you will never wait on 3D on set. 2) Crew training ahead of time is critical. 3) Complete a depth budget, as both a creative and technical task. 4) Rig evaluation should be completed in as much detail as possible to select your best equipment. Inside the whitepaper Anderson worked on with his team, you can find excellent recommendations of cameras and rigs.  Here is a link to the whitepaper:  http://www.sony.co.uk/pro/article/bc-3d-economics 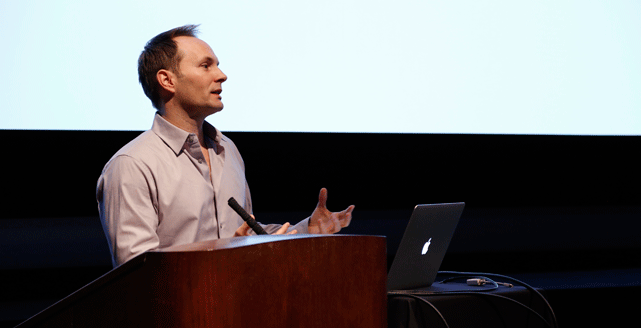 The “Days of Our Lives” had to be completed in two days, which was an aggressive but manageable schedule for the episode. After seeing a surprisingly enjoyable clip of “Days of Our Lives”, it is obvious how organized and detail oriented the crew was. “The toughest thing was to adapt to their workflow and schedule, and only slightly modify it for 3D,” Anderson stated. But the good news was that the crews from both shows enjoyed the experience and wanted to do another 3D episode. Anderson’s last project, feature film “Battle of the Year” they were under a running gun environment for some key scenes and also had to stick to a 2D schedule throughout productin. Overall, the film was a success since they were able to stick to the schedule and create some excellent 3D. Anderson states that what they need to keep doing is to have the writers and directors to incorporate 3D into the story. “What we really need to do is make people aware, make it easy to watch 3D and then they will see its full potential on their TVs.”

“I just want to say how great it was to have something like this happening in Canada, as a filmmaker this was a huge step forward in the right direction of getting industry together to talk 3D in an opportunistic way. You’re doing great things with the society, and it has allowed me to connect with so many people to discuss creative directing within 3D. I look forward to what comes next from you guys and helping to build a 3D dramatic narrative in Canada.” – Dylan Pearce, Director, Rocky Mountain Picture Company
___

In summary, the event welcomed both veterans from the 3D industries and also those just beginning to imagine how their business could take advantage of 3D. One of the most exciting aspects of both the networking event and the conference was seeing people from cross sections of industry meeting one another and also able to converse with the speakers. The goal of the Canada Chapter of the Society is to create an environment where people can network, enjoy 3D screenings, and learn about the latest developments in 3D. This event is the first of many that will formalize the stereo 3D community, and hopefully continue the tradition of 3D innovation in Canada.

Parallax films has a fantastic review on their website, as well as one of our most favourite moments from the movie “Honeymooners”. A highlight of their review:

James (Stewart) provided us all with the talking points to sell our media form, reminding us all that if 3D is a fad, it is a 227.27 BILLION dollar fad, that is growing at 15% per year. – Parallax Films

Thank you to all of our speakers, sponsors, and of course the attendees for helping us make an incredible landmark event! Please visit the Chapter Website in February for more information. Don’t forget to follow us on Twitter, @EmilyCarrS3D and @_MassiveMedia to see the live Tweets of the event and stay up to date with the next events. Again if you wish to become a member, contact us through Twitter, or our direct email. 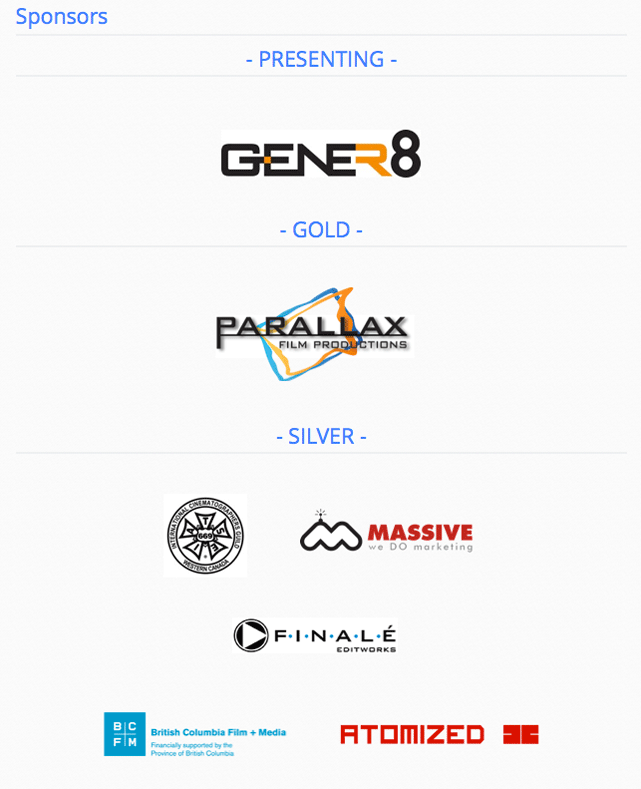 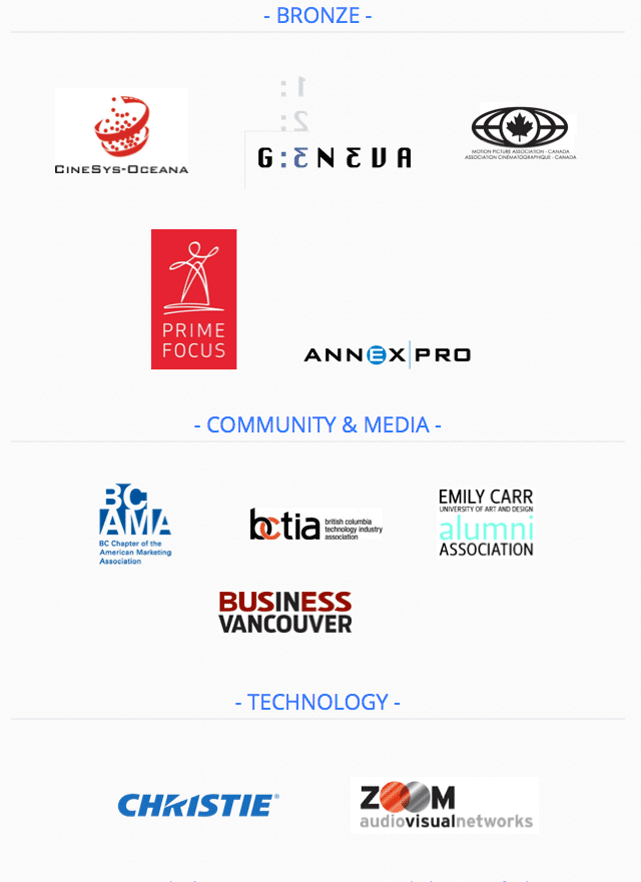