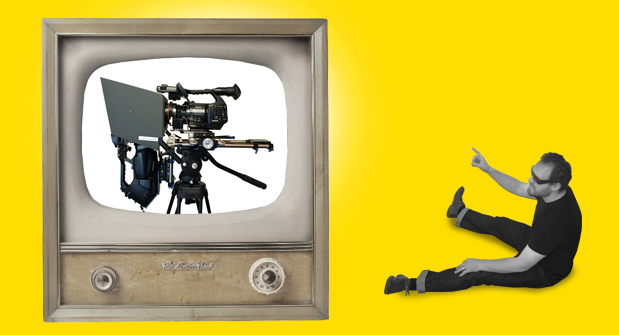 At a recent S3D Centre Meetup event S3D Production and Post Workflow, guest presenter Ron Steinberg, Brand Manager & Buyer for Amaya Foto, gave a demo of the Hurricane Rig. A few minutes before Ron stepped on stage, Justin Alm interviewed him about the history, usability, and films currently being produced on the Hurricane Rig.

First things first, is Hurricane the name of the company that manufactures the rig?

No. The rig is manufactured by a company called GenusTech; Hurricane is the name of the rig itself. It was designed by the British filmmaker Alister Chapman. Alister called the rig the Hurricane because he predominantly shoots natural weather phenomenon. About 5 years ago, he got into shooting his films in 3D and started designing his own rigs. The Hurricane rig as we know it today is a 5th generation design. The rig has been under development for several years but has been on the market since February of 2011. 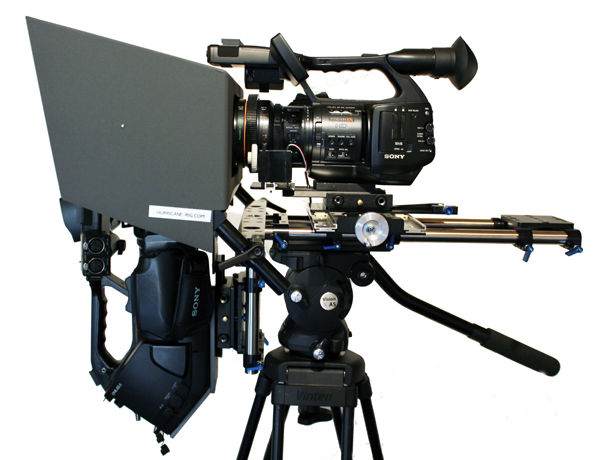 The Hurricane Rig with cameras.

What kind of filmmaker uses the Hurricane Rig?

The Hurricane has a broad user-group. It is being used for educational purposes here at Emily Carr University of Art + Design. The Hurricane has found its home in many education institutes around the world because it is completely manual; when making an adjustment to the rig, you have to do everything by hand. For the student, their decisions become more intentional and they develop a deeper understanding of the mechanics of Stereoscopic 3D filmmaking.

Documentary filmmakers are another large user-group for the Hurricane. The rig can be setup quickly — in about 10 minutes not including mounting cameras. It packs down into a small flight case that can be checked as airline luggage. As Alister Chapman is a documentary filmmaker, who travels all over the world, one of his primary goals in designing the rig was to have it pack down into a small flight case.

A third group using the Hurricane Rig are independent feature filmmakers. Night of the Living Dead — 3D Reanimater used the Hurricane’s. That production company bought 2 rigs because they are inexpensive for their capabilities. It is liberating for a production company to purchase a couple of Hurricanes instead of renting rigs for thousands of dollars per day. The Night of the Living Dead production has been able to achieve great results using Canon cameras with Steadicam® stabilization.

Image of the Hurricane Rig as used on location.

I recently interviewed Sean Arden, who works for the S3D Centre, about the Kerner Rig. How does the Hurricane Rig differ from the Kerner Rig?

Essentially, the Kerner and Hurricane rigs do exactly the same thing. They are both beam splitter or mirror rigs but the major difference between them is that the Kerner Rig is completely motorized. The interaxial, focus pull, zoom, convergence are all motorized; whereas, the Hurricane is a completely manual rig with optional motorization. Alister designed it to keep the price-point down, keep it light-weight, and simple to use and maintain. Apart from those differences, the rigs achieve essentially the same results.

The Kerner may be slightly easier to use when making a zoom change but we generally don’t make those sorts of adjustments when filming in 3D. Usually, we don’t adjust the zoom or interaxial during a take when shooting in 3D because the human eye doesn’t make those adjustments in reality. Also, the Kerner is designed to use a particular camera system whereas the Hurricane is camera agnostic, as long as those cameras can Genlock [Synchronize their frame rates]. As it is an open platform, we can put anything from small DSLRs to RED EPIC’s on the Hurricane. Nothing has to be changed on the rig to use a wide variety of cameras, although the use of the Bolster Bracket triangulation kit stiffens the unit up for heavier payloads. As I said earlier, the Hurricane shines when people have to travel to remote locations. Although the Kerner can be transported, it doesn’t have the same portability or option for shooting hand-held like the Hurricane.

So I’ve probably watched a lot of productions made on the Hurricane?

I don’t know if you’ve had much of an opportunity. In North America, we’re behind the times in terms of exposure to 3D content but I do know the rig has been used in many productions over the past year. We’ll be seeing content produced on it more and more.