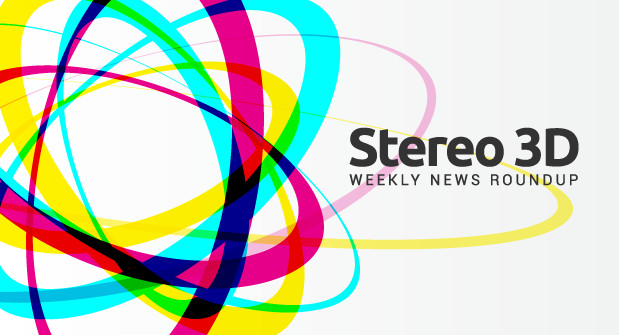 This weeks news take on a more philosophical edge:

What is the future of Stereo 3D, and what will it mean?

Reflections on the growth of 3D :: Barry Sandrew, Ph.D

Before entering the world of Visual Effects, Sandrew’s background was neurobiological and medical research with a career spanning the pioneering eras of neuroscience and digital medical imaging.  “in the last decade we’ve seen what is arguably the most significant advancement in feature film technology.  Sometimes referred to as the “Digital Age of Cinema,” the early 2000’s saw Hollywood accepting the fact that film may no longer be the dominant medium for making and exhibiting movies, paving the way for digital cinema to become the default standard.”

Discussed in detail is Higher Spatial Resolution, and I can really appreciate Sandrews’ comparisons of digital cinema resolution to medical imaging resolution. It is a great example of how 3D technology crosses the boundaries between many industries.

The author also details the movement towards Higher frame rates for 3D and temporal resolution. One thing not to be forgotten is the tremendous bandwidth and storage demands from production through to delivery.

Valentini addresses one of the greatest limitations to S3D projection to date; the loss of colour depth. “But in the wings are laser projectors. The color depth will catch up.” The article also goes int detail about the size of rigs, and offers a few new technologies that will  be smaller.

Hot in the news last week was the announcement that DirecTV was pulling the plug on its 24-hr 3D channel. Many thought that spelled doom and gloom for Stereo 3D as a whole, but this article has a great counter response about the international market thriving outside of N.America. Torsten Hoffman from the 3D Content Hub discusses the state of 3D content production, price drops, product availability, and great advice to any broadcaster wanting to expand into 3D network.

Q: “DirecTV says lack of content is the reason for the cut back in programming. What do others think? Is this the real reason the lack of advertising, the small customer base of 3DTVs, poor subscription models or other factors?”
A: “orry CC, not buying that one! Why is it that there is so much content buying going on in Europe and Asia. China is scooping up bunches! LG, Sony, Samsung and Panasonic are all featuring 3D channels on their smart TVs.
Some of the 3D content on DirecTV was excellent while others were just plain bad 3D. And this is not my critique, it is the voice of many others.”

This article was discovered courtesy of J. Leong, one of our active S3D Community members:

While Rian is explicit in stating that he does not have any interest in filming in 3D, and little interest in watching it, he makes some valuable reflections on ‘true depth’, and how an artist’s gallery exhibition helped open his mind to the possibilities of Stereo 3D media. “I don’t think the development of 3D will be significantly forwarded by artists “learning to use” the current technical model of stereoscopic properly, or refining how they dial it in.  Technicolor was not a refinement of hand painting, it was a completely new technology.  It was a different thing.  I have no idea what it will be, what form it will take, where it will come from or when it will arrive, but I believe a similar quantum leap to a new technical way of capturing depth on recorded media will be what actually brings us into the 3D age.  It’s going to happen.  ”

Well. I was very excited in April to see one of my favourite shows, “River Monster” had been filmed and will be delivered in Stereo 3D. The following is a fantastic 17 minute behind the scenes video that has just been released. They used SI2K- SI3D as their main system for filming, and the rig weighed 20kg so the operators were able to use it steadicam style. Barney Revill, River Monsters director explains how they avoided getting stuck in the technicalities of stereo 3D to really embrace the value of the extra dimension.  The majority of the parallax was at 3%, with some footage being as high as 6%. They ended up cutting the episode in Avid, and worked with burned in side by side footage for the offline which they could not modify the 3D depth. To solve the problem, they had a consultant create a set of preset plugins to use. They also took 2D underwater footage and created a kind of 3D conversion by manipulating the blacks and whites. The editor explains how he tried to keep shots of similar depth grouped together to avoid the eyes working to hard. All the depth grading was completed at SkyTV 3D department after the film was cut, during the online process. This video is full of really fantastic information from the perspective of the director, TV personality and editor.

We have been following the Vision Performance Institute’s (VPI) work for several months now, and they have some great findings on the speed of stereopsis response time. There is a considerable amount of interest in the sort of tools VPI is creating for vision therapy, and individuals who have 3D vision disorders. There are great images describing the technology on the website.

Article Focus:
If you think that converting a motion picture from 2D to 3D is a post production process, think again. Stereo D just wrapped up the conversion of director Timur Bekmambetov’s Abraham Lincoln: Vampire Hunter from 2D to 3D, and the job began before a single frame was shot.

This article goes into great detail about the methods behind the film and discusses the early planning by the team behind “Abraham Lincoln: Vampire Hunter” to create this 2D-3D converted film. They discuss how they went into the topic of monocular depth cues to utilize stereo 3D, and how this surpassed their creative expectations. They also took on the challenge with Stereo D of trying to master notoriously difficult conversion shots, and completed extensive tests before production began to ensure their success. It sounds as though Stereo D operates in a similar manner to our own local Gener8- they began the conversion process alongside the VFX pipeline and shooting schedule in order to keep the deadline. 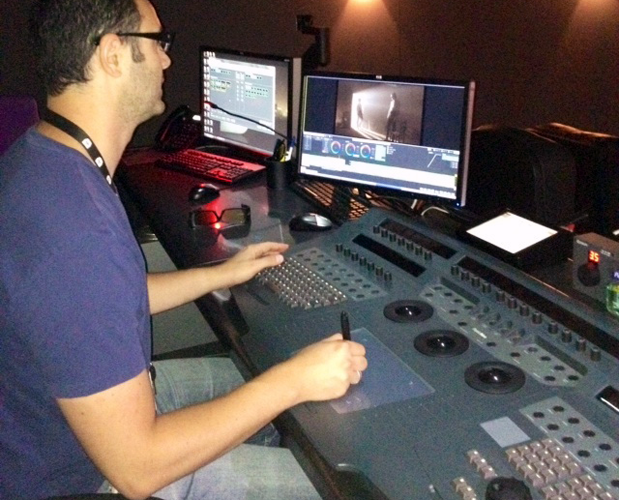 The author of this article completes a fantastic cross comparison about the international market for 3D BluRay- an analysis of the purchase cost of 3D BluRays in Europe, Asia and North America, 3D premiums (including taxes) and advice to independent 3D film producers on 3D BluRay (and online) distribution.

Count Dracula takes on a new dimension in 3D :: EuroNews

Italian horror filmmaker Dario Argento has presented his “Dracula 3D” this week. The film is a throwback to its gothic origins with a massive improvement in Stereo 3D technology. Argento wanted to be able to take his film to a new level of horror by using the depth created with Stere 3D. A video interview with samples of the film can be found on the website.

If you enjoyed Ultimate Wave Tahiti 3D, this is pretty much guaranteed to be a hit. This looks like it will be a great story, good editing and really beautiful footage.

“STORM SURFERS 3D is an epic, character-driven adventure documentary following two best friends on their quest to hunt down and ride the biggest and most dangerous waves in Australia. Aussie tow-surfing legend Ross Clarke-Jones and two-time world champion Tom Carroll enlist the help of surf forecaster Ben Matson and together they track and chase giant storms across the Great Southern Ocean.”

“Stream TV Networks, which develops glasses-free 3D technology for TV sets, said iPad, iPhone and Apple TV users will be able to beam movie or application images to upcoming glasses-free 3D TV sets based on the company’s autostereoscopic technology.”
This is almost guaranteed to help move Stereo 3D into the North American market- Apple actually had been granted a patent in 2010 based on its lenticular mirror style screen with a programmable raster barrier. This is similar to the experience of raster barrier screens, a technology used in Soviet cinema in the 1940’s. This Stream TV device would enable not only Apple devices, but Android and tablet as well.

Humans Invent and Sharp Labs are at it again with their newest article- 3D expert Jonathan Mather from Sharp Labs deconstructs a 3D smartphone. (See their last column on a HOLODECK here). Have you ever looked under the bonnet of a smartphone? And not just any smartphone, but a 3D smartphone.

This article outlines many new Stereo 3D technologies used by the smartphone, such as Wide angle 3D App (similar to the 2D panorama apps) which is available for free, 3D camera hardware, interaction in 3D, and issues with scale.

The book is in Italian, but shows great promise that there is finally a book published specific to Stereo 3D editing (and on Avid too). Now if only it can be translated into other languages.  I contacted the author, and he mentioned the book would likely be published in English if the publisher recieves enough requests. I am currently waiting for a review on the book in the Italian language.

DaVinci Resolve 8.2 for Mac is now out :: Blackmagic Design

Great news for Stereo 3D editors and colourists- DaVinci Resolve 8.2 for Mac is now out of Beta mode and has been released. It offers better support for RED R3D files, more CinemaDNG, & Mac OSX Lion as well as Mountain Lion support.