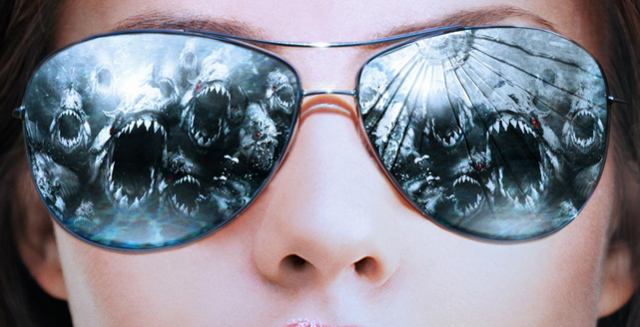 To Convert Or Not To Convert Is That The Question?

Recently there has been a lot of chatter and gnashing of teeth about the state of 3D theatrically (for actual citations please see the cinematographers mailing list (http://www.cinematography.net/). Seemingly many Cinematographers and Stereographers are expressing their concern regarding the lack of native (shot stereoscopically) 3D movies that are being shot. Admittedly these individuals have a vested interest in seeing these movies produced ‘live’ as the work keeps them gainfully employed. They are critical of the fact that many 2D movies are being converted into 3D. Citing issues around the depth of the shot, roundness of objects and ‘card boarding’ of human figures.

Undeniably their concerns are legitimate. It is baffling that with the plethora of 3D movies that continue to be released more films are not shot natively. The Beam Splitter Rigs are getting lighter and the technical issues like polarization from the mirror have largely been solved.  The answer may lay in the risk associated with shooting 3D. Hugo this year’s Oscar nominee for best picture that is lauded by critics and industry insiders is rumored to be largely a conversion (because of technical problems incurred on-set). Another movie that recently has received the native tag is Prometheus, Ridley Scott’s latest Sci-Fi opus yet a small percentage of the film (according to my sources) was converted. In Hollywood reward is always more important than risk.

It is arguable that 3D conversions are technically inferior. It is clearly an issue worth debating especially when the conversion process is imitating what can be captured in two eyes. Some of the conversions that I have had the opportunity to see lately (The Avengers) have been technically sound but do not contain very interesting 3D. One can hardly fault the filmmaker when they never intended to make the movie in 3D. Yet, other movies shot natively trumpet the use of 3D (Piranha 3DD) merely as an attention grabber. ‘B’ fare will always be part of the lexicon of Hollywood. Historically 3D has been associated with the ‘B’s’ genre (e.g. Creature of the Black Lagoon and House of Wax). However, for 3D to be successful today it is important for the medium to gain acceptance across the spectrum of all content based film genres. It is important that filmmakers consider the 3D space to accentuate their stories. Great content is always going to supersede an inferior technical experience.

House of Wax may not have used conversion even if they had the opportunity.

Tim Bennison the COO of Gener8 a company that specializes in conversions recently came and spoke at one of our Meetups . It was clear from his presentation that they employ a highly sophisticated conversion process. To his credit Tim never argued for one process over the other (native vs. conversion). However, what he said was that conversion does have a role to play in the production of 3D content. He added that if the filmmaker knows from the start that the movie is going to be converted “that helps them visualize the depth of the shot/space” before shooting. In turn this helps conversion companies like his maximize the depth and volume of any given 2D shots.

With smaller budgets Indy 3D moviemakers who have a story that needs telling in 3D space still may be better off shooting natively. And movies intended as ‘native’ 3D productions initially clearly have technically challenges that can only be solved through the process of conversion. As Hollywood seems committed to continuing to working with companies who do 2D to 3D conversions clearly its no longer an argument about which process is better. It’s a discussion about how the two can work together to make the medium of 3D more vital.