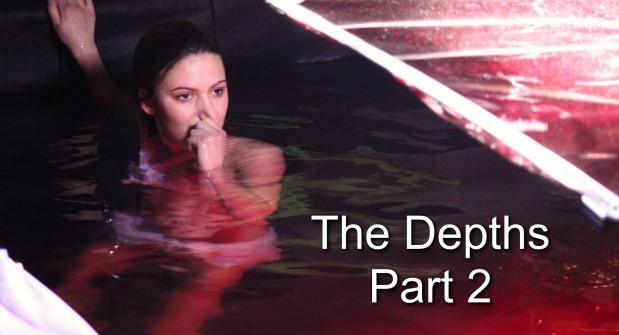 Right from day one it was clear that what Emily Carr student and director Jordan Dowler-Coltman was trying to do wouldn’t be easy. Jordan wanted to film two dancers underwater wrapped in a silk cloth and he wanted to do it in 3D.

When pre production began there were very few underwater housings currently available in the industry. These included rigs like:

3Deep built by Pawel Achtel
DEEP PULSAR/ATOM built by Gates
BORG Housing built by Hydroflex.
However due to the rarity of these rigs, they were in high demand and unavailable to anyone outside of the big budget world of Hollywood. 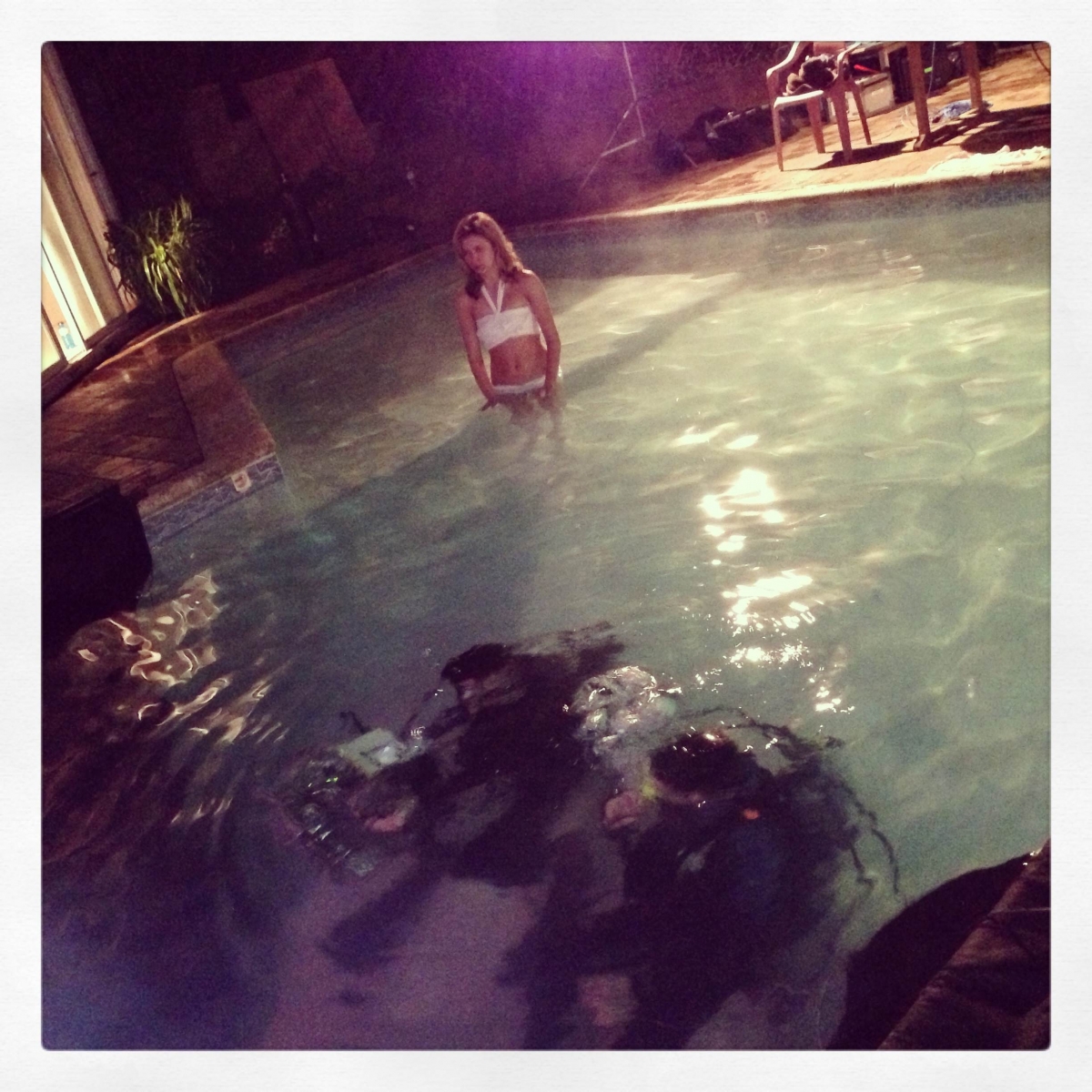 Jordan turned to Emily Carr Stereoscopic Research Technician Sean Arden and asked if it was possible to build a rig. Sean had to get two RED Epics with Prime Lenses and two Preston motors not to mention several feet of cable into a small box. The box had to be agile, not to buoyant and small enough that a single diver could handle it underwater.

Jordan introduced Pauline Heaton to the center. Pauline Heaton is an award winning underwater cinematographer and diver. In 1980 Pauline founded Watervisions, a company that has since been a staple of the Vancouver and BC Film industry. Pauline served as the underwater consultant and advised the team through out the process.

Sean decided that rather then starting from scratch he would retrofit an existing Arri Film Camera housing. This cubic, transparent acrylic housing was already proven, watertight, and large enough to accommodate the 3D rig.

To make the rig work as a 3D system Sean designed, engineered and CNC’d several pieces including:

A new door with a enlarged window port
A base plate that held the side by side camera’s inside the housing.
Custom electronics and cables.
A camera riser to invert the left camera.
The RED Epic has a card reader on left side and this increases the interaxial of the cameras. This was solved by inverting the left camera. 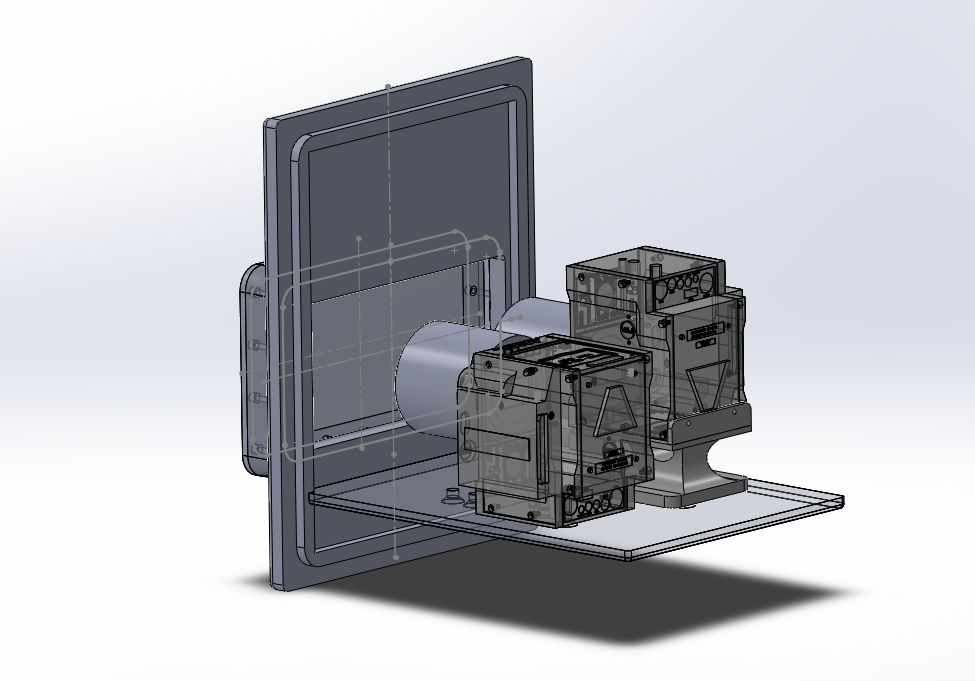 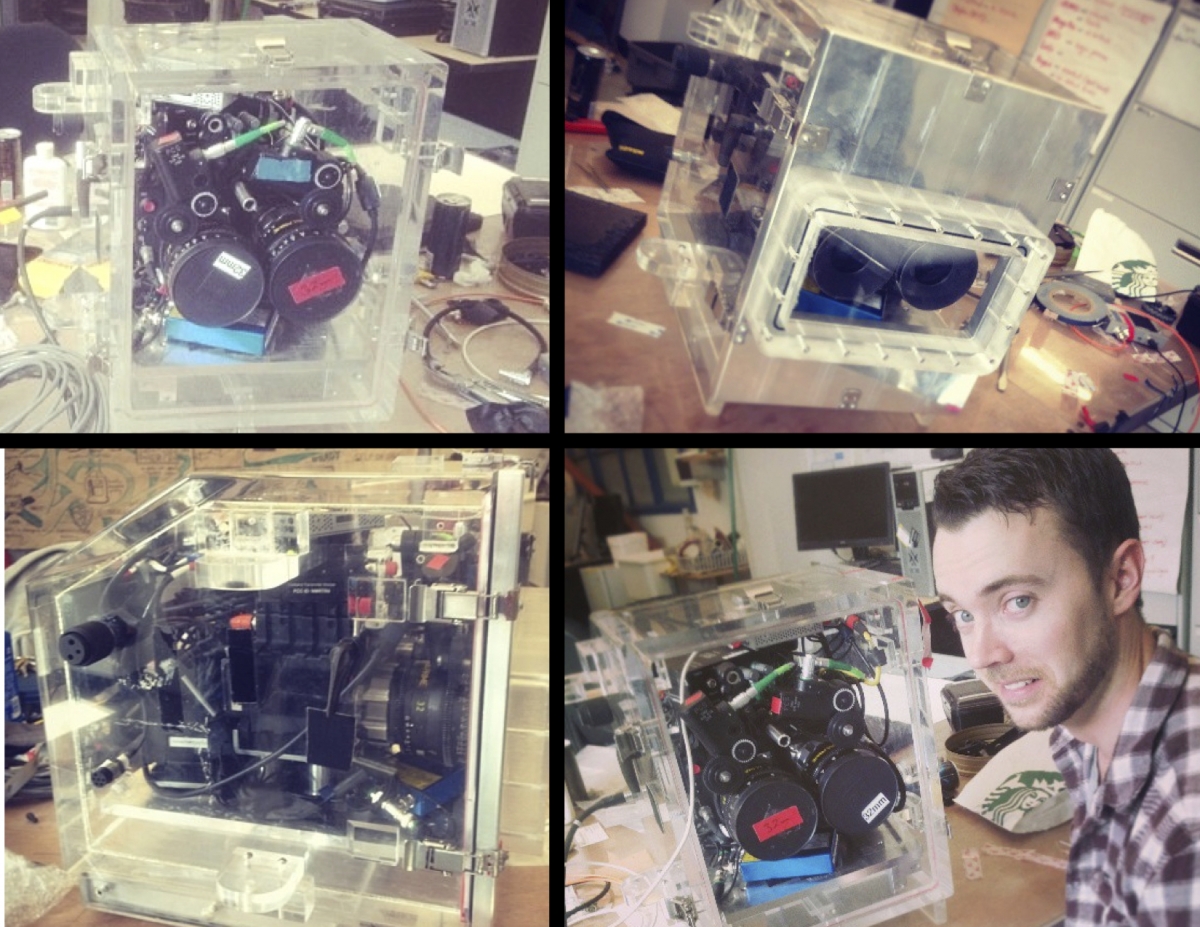 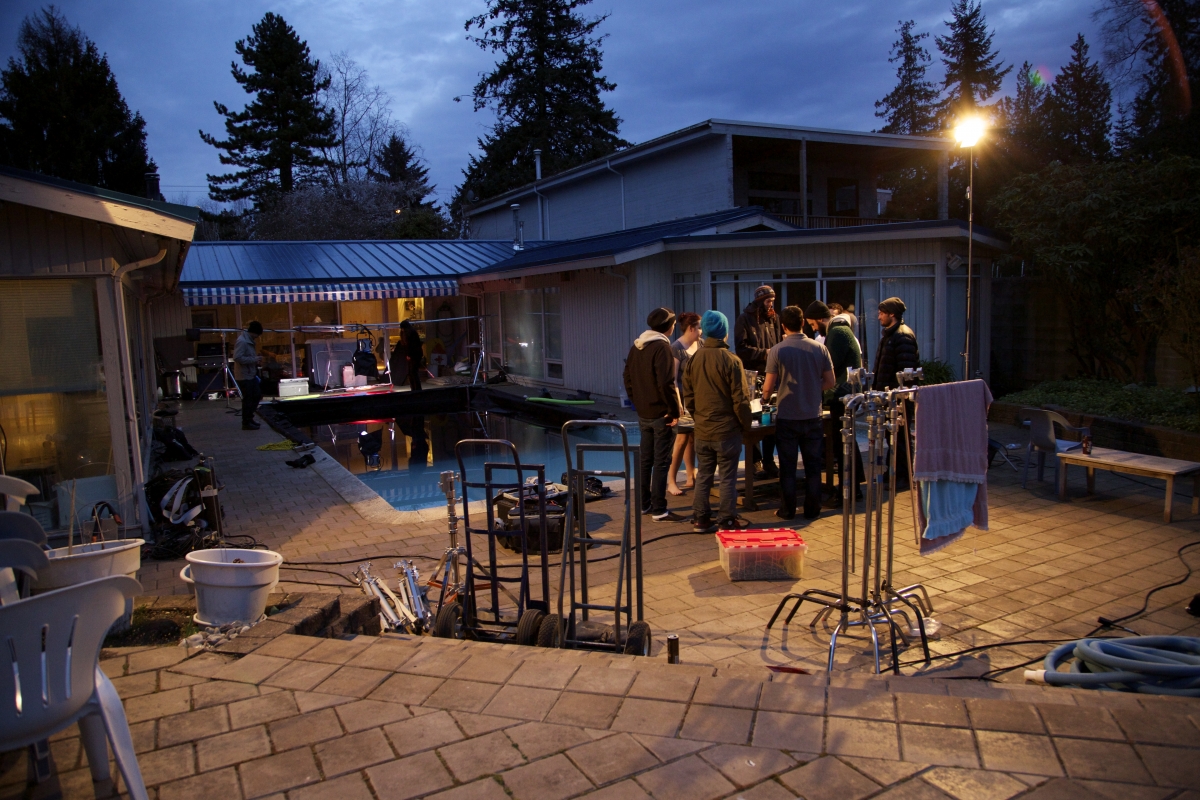 Water is a unique film environment in 2D let alone when you double everything for 3D. Particulates and light refracting was a challenge as it often created retina rivalry issues. However the majority of the footage was useable and gave the post production team a very solid foundation to craft the final product. 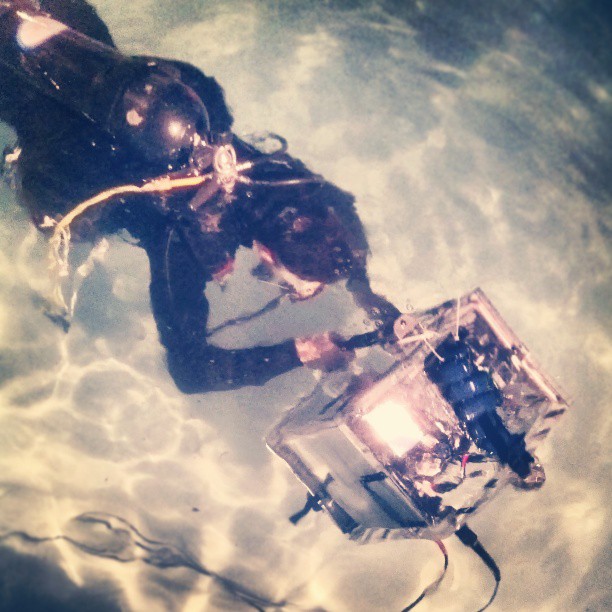 Another interesting challenge with the rig was the necessity to send a video feed to allow the director and DOP to monitor the shot. To achieve this Sean utilized a matrox box that could mux the two cameras feeds and send (using waterproof cable) one signal to a 3D TV above the water. The rig also had a custom cable that allowed the DOP the ability to control the focus from land using a handset. As a result the operator did not have to have a focus puller next to him or worry about pulling focus himself. The same cable also allowed for remote run/stop control. 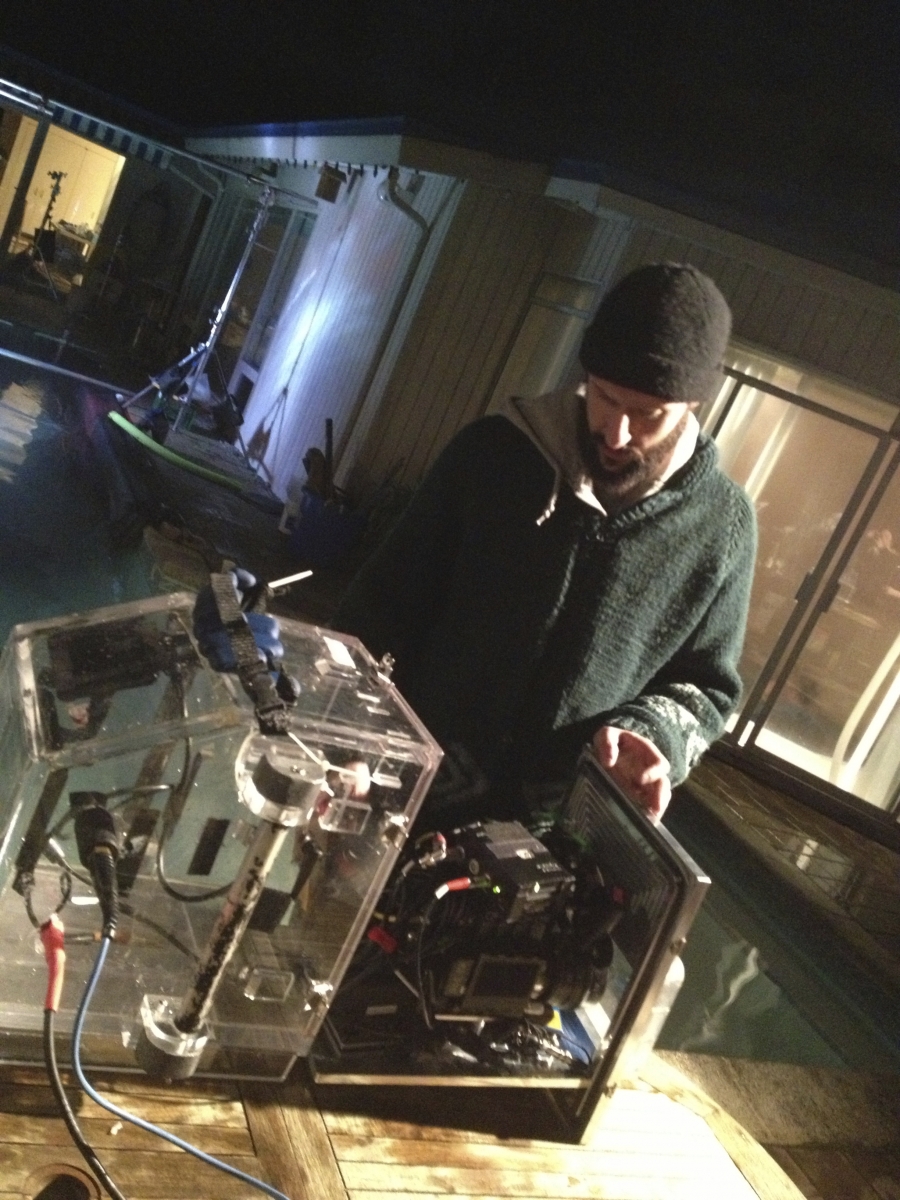 Communication is important, and when working in water the team is split between those underwater and those above. As a result the ability to quickly relay information about framing or to give direction between takes is complicated. One solution was a system of Hydro phones that allowed for some basic communication to the diver. The Hydro phone uses a small metal bell dropped in the water. A microphone sends an electronic signal to the bell that in turn sends a sound wave through the water. This wave triggers a small receiver each diver wears on the strap of there mask. Unlike a traditional speaker this receiver sends a vibration through the skull and the eardrum interprets the vibration as sound. This method relied on constant feedback and allowed the director to speak to all three divers at once. However the divers cannot respond and so more breaks were necessary to lay out plans and to insure the divers understood each shot. 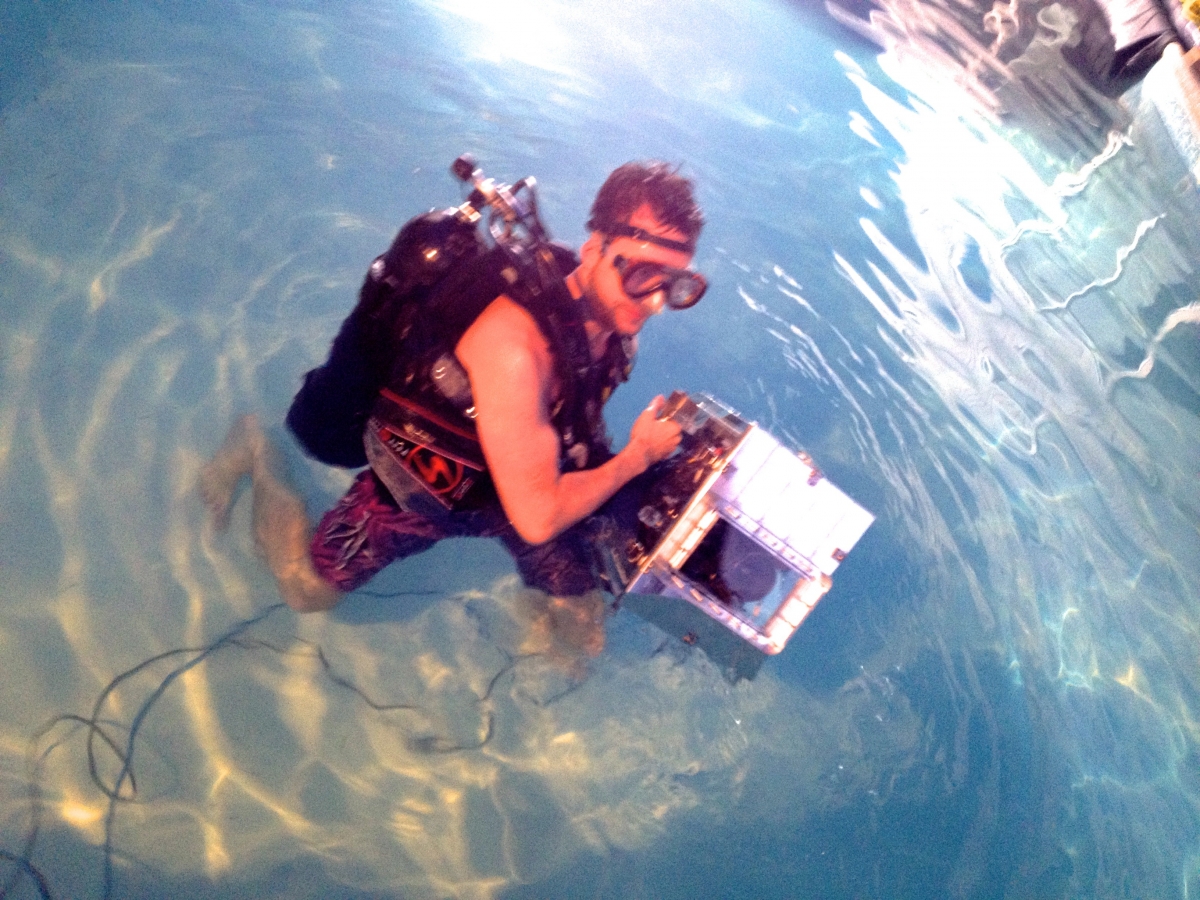 The dancers Ashley Belzil and Timothy Dowler-Coltman spent several hours underwater along with a pair of safety divers and underwater camera operator David Tenniswood. It took a while for the dancers to get comfortable in the water, to trust their bodies and to fight the instinctive desire to breathe. After a while both Tim and Ashley began to stay submerged for upwards of 45 seconds to a minute which lead to longer takes and to some beautiful shots.

The film plays with multiple levels of disorientation and so several shots demanded the dancers to perform upside down. To make this easier the dancers would submerge and invert while breathing from a Regulator provided by one of the safety divers. Then after the cameras were rolling the regs would be pulled and the dancers would begin.

Following production dancer Ashley Belzil remarked upon watching footage of herself underwater: “Its surreal, I had no idea I looked like that. I’ve watch myself dance on video before but I always have a sense of what I’ll look like; but being underwater is so disorientating its like watching someone else in my body.” 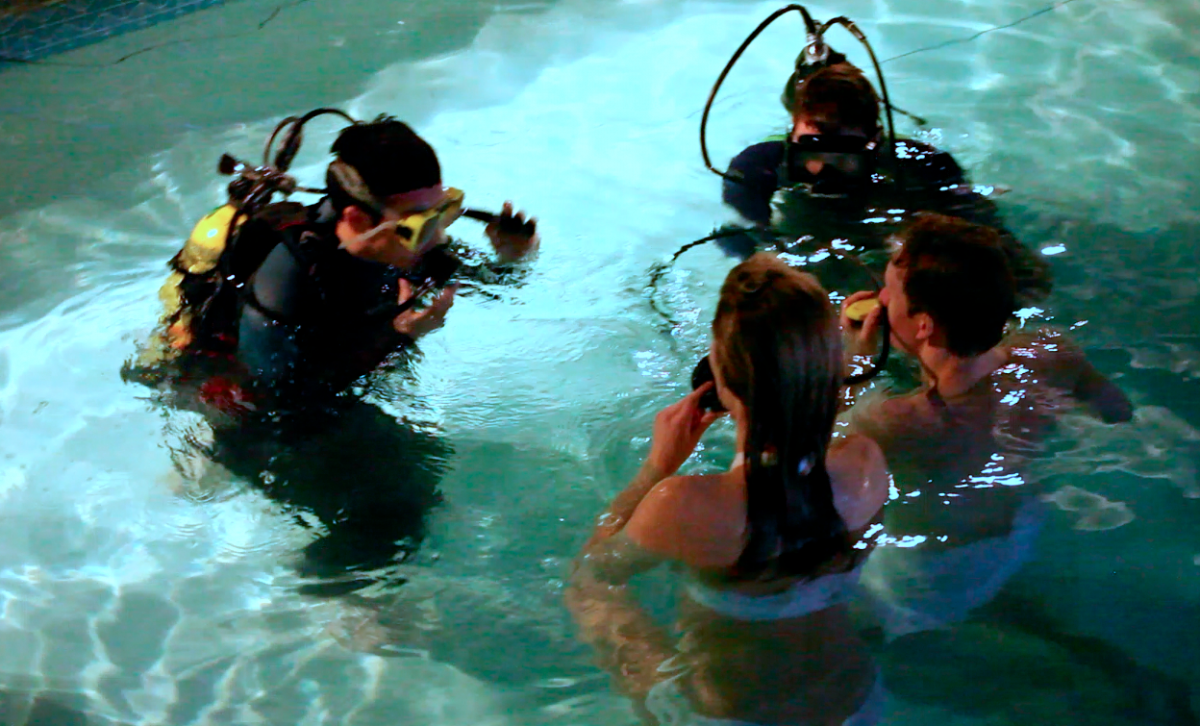 On dry land and in front of a large monitor Director Jordan Dowler-Coltman, Sean Arden, DOP Oliver Millar along with producers Larisse Campbell and Craig Anderl watched as an idea that had been in development and production for over two years began to finally become realized. Like any film the journey from concept to completion is a long one with many twists and turns. This project was in many ways an R&D project before it was a film. The amount of creation and innovation needed to achieve an artistic vision was substantially greater then the eventual effort needed to shoot the film. That is half the joy of striving to do something new, it demands a willingness to be resilient and to never lose sight of the potential reward. 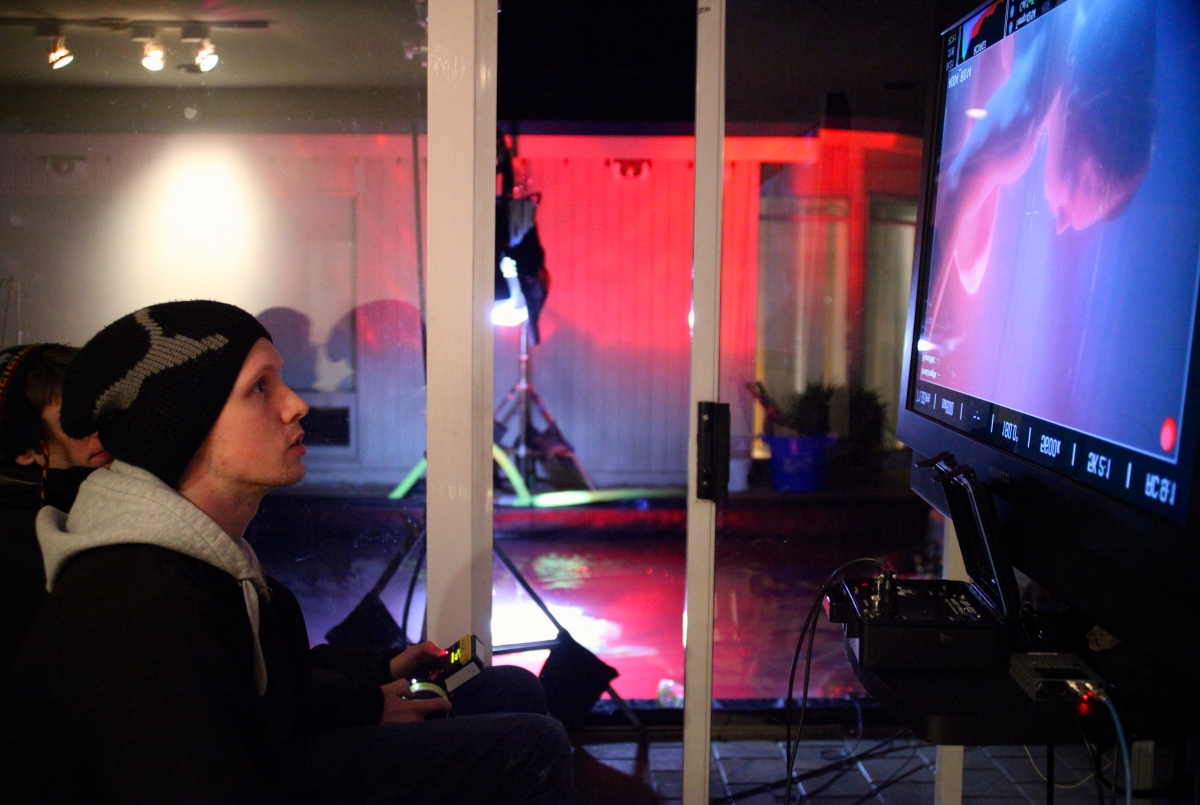 After a five week post production process lead by editor/producer Craig Andrel and sound designer Patrick Wilson; “The Depths” was screened at the 2013 Grad show at Emily Carr University. The film has been submitted to several film festivals and is awaiting word on where it will screen next.