IN IT Virtual Reality Showcase featuring worlds: dancing between body place and time 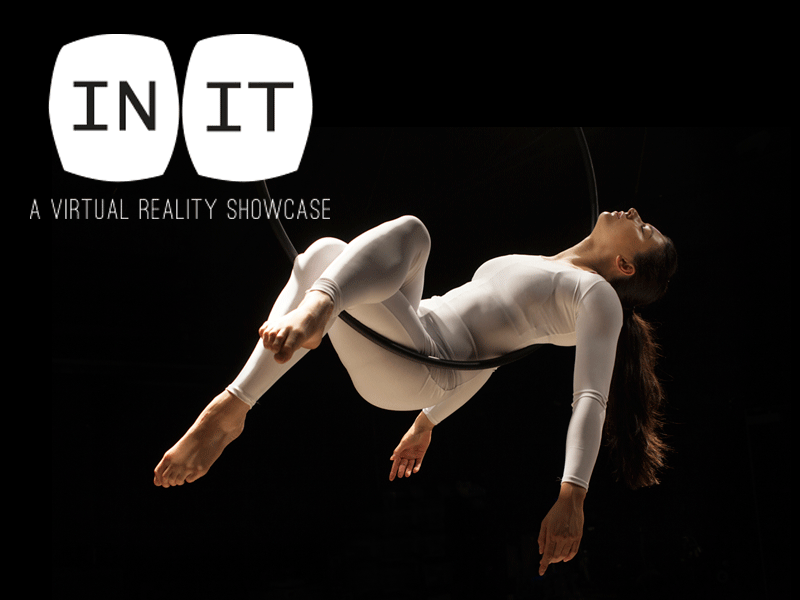 In It is Virtual Reality showcase co-sponsored by Emily Carry University and Immersive Media and will be held in the University’s Concourse Gallery from the 19th to the 23rd of August at 1399 Johnston Street, Granville Island in Vancouver.  This week long showcase highlights the work of local and international artist practitioners who are working and creating in the virtual. The presentation is a conglomeration of works that act as a great introduction to the VR space. The showcase is co-located with ISEA (International Symposium on Electronic Art), and coincides with several other VR events on Granville Island. This event is the defacto closing reception of ISEA so come and join us for refreshments and VR.

A reception will be held on Wednesday, August 19th from 5-9 pm. Cash bar. There will be a food trucks outside the venue.

DEFROST takes place in the year 2045, when liquid nitrogen is now commonly used to freeze patients until remedies for their illnesses are developed. The film follows the experience of Joan Garrison as she wakes up from her frozen state after thirty years. She reunites with her family, but the reunion is bittersweet, as the passage of time has caused her loved ones to become strangers. The short was filmed in 360°, allowing audience members to witness the story directly from Joan’s perspective. The result is an intimate and immersive experience.

Way to Go is a walk in the woods. An astonishing interactive experience, a restless panorama, a mixture of hand-made animation, 360˚ video capture, music and dreaming and code. Created by Vincent Morisset, Philippe Lambert, Édouard Lanctôt-Benoit & Caroline Robert (AATOAA). Produced by the NFB & France TV.

In a world of artificial intelligence and self-driving cars, who determines the ethics algorithm to handle emergency situations? In this VR vignette, the user is slowed down to bullet-time, becoming the computer, and forced to confront difficult decisions where there is plenty of data, but no easy answer. Created by Vincent McCurley.

The project worlds is a real-time networked augmented and virtual reality performance that explores the multiple and simultaneous experience of our collective and individual inner and outer, past and present, and physical and imaginary worlds. Bringing together 3 unique performance venues across 2 canadian cities, including the ECUAD lobby gallery the ECUAD IDS mocap studio in Vancouver and the CRIM motion capture studio in Montreal, worlds is a collaborative endeavor under the umbrella of the SSHRC funded movingstories research project and the CANARIE funded m+m: movement + meaning middleware software development initiative.  worlds is part of a live networked collaborative VR performance showcase and will take place during the opening reception, beginning at 5pm on Wednesday, August 19th 2015. worlds has been created in partnership with the S3D Research Centre at Emily Carr University and Pepper’s Ghost New Media Arts Collective.

Beer With a Bear –

Sit down for a picnic in sunny Montana with Brutus the grizzly bear and his human companion, Casey Anderson, in this quirky VR short film by San Diego/Calgary based production house Dryft Digital.

Hart to Heart is the interactive installation component of a documentary project inspired by the conflict over land use in the Peel watershed in Canada’s Yukon. Disrupting our omnipresent two dimensional representation of wilderness, h2h challenges the duality between human nature and the rest of nature conditioned by our manufactured spaces. As we discover ourselves in this landscape along the Hart river, how does technology become a part of our ecology?

Vrtist is a drawing app that allows the user to draw in the 3D space around them. A key goal of the project is simple, intuitive interaction. Virtual reality is a highly expressive and personal medium for storytelling & expression, and Vrtist is a small sample of its creative potential.

In December 2014, DBC launched The Wild Within VR Experience, using Oculus Rift technology, making it the first destination marketing organization in North America to use virtual reality to promote the destination.  The Wild Within VR Experience is an interactive, three-dimensional video that allows travellers to experience British Columbia in a truly immersive way, as if they were actually there.

This project has been in development for over a year now and early iterations were shown at a number of VanVR meetup events as well as many private showings at the Sawmill to Real Estate and VR enthusiasts alike.