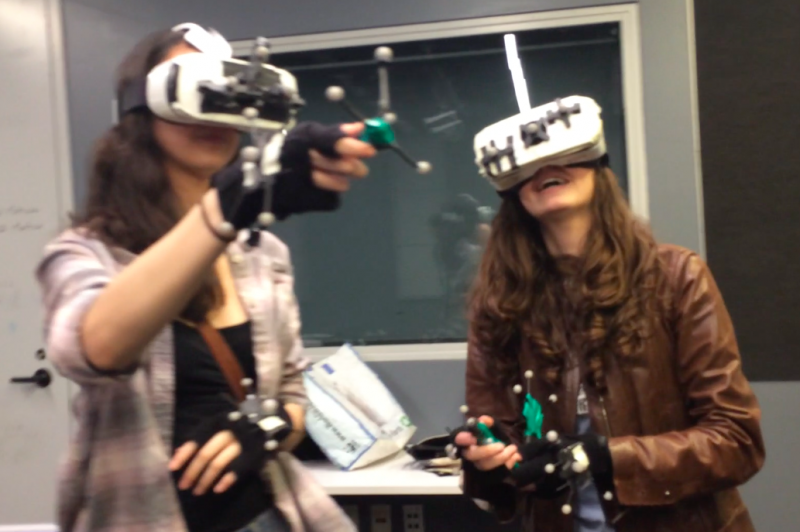 You are invited to a special evening with Dr. Ken Perlin of NYU Media Research Lab.

Admission: FREE (must register in advance, sorry but no walk ins)

Ken Perlin, a professor in the Department of Computer Science at New York University, directs the NYU Games For Learning Institute, and is a participating faculty member in the NYU Media and Games Network (MAGNET). He was also founding director of the Media Research Laboratory and director of the NYU Center for Advanced Technology. His research interests include graphics, animation, augmented and mixed reality, user interfaces, science education and multimedia. He received an Academy Award for Technical Achievement from the Academy of Motion Picture Arts and Sciences for his noise and turbulence procedural texturing techniques, which are widely used in feature films and television, as well as the 2008 ACM/SIGGRAPH Computer Graphics Achievement Award, the TrapCode award for achievement in computer graphics research, the NYC Mayor’s award for excellence in Science and Technology and the Sokol award for outstanding Science faculty at NYU, and a Presidential Young Investigator Award from the National Science Foundation. Dr. Perlin currently serves on the program committee of the AAAS. He was general chair of the UIST2010 conference, and has been a featured artist at the Whitney Museum of American Art.

Dr. Perlin received his Ph.D. in Computer Science from New York University, and a B.A. in theoretical mathematics from Harvard University. Before working at NYU he was Head of Software Development at R/GREENBERG Associates in New York, NY. Prior to that he was the System Architect for computer generated animation at Mathematical Applications Group, Inc. He serves on the Advisory Board for the Centre for Digital Media at GNWC, and has served on the Board of Directors of both the New York chapter of ACM/SIGGRAPH and the New York Software Industry Association.