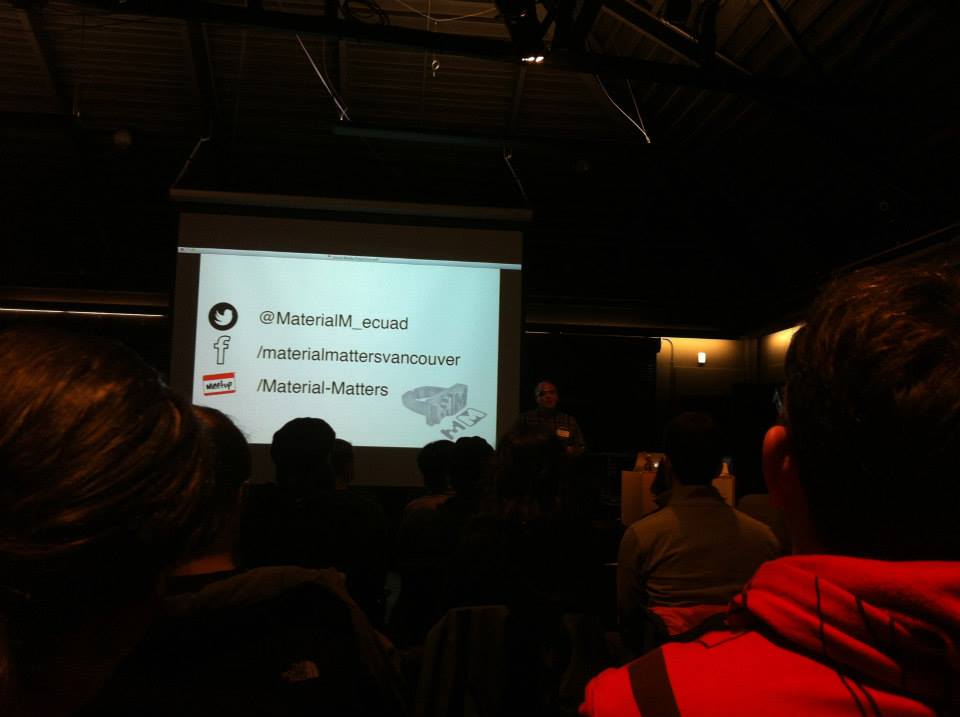 Jonathan Tippett is an artist and mechanical engineer with lifelong curiosity for the relationship between humans and machines. He earned his mechanical engineering degree from UBC in 1999 and has since worked in fuel cells, hydraulics and neurovascular implants. He still practices ceramic sculpture at his studio in False Creek, but his love of machines brought him to explore the intersection of form, function and human skill in the context of engineered and interactive sculpture. Co-creator of The Mondo Spider and co-founder of eatART, he has run the eatART Lab since its beginning and is now stepping down as Lab Chief to focus on developing his next experience based machine in the eatART Lab, Prosthesis: The Anti-Robot , slated for completion in 2014.

Working as a film technician, i.c. sculptor, mouldmaker, props builder, carpenter, draftsman, illustrator & & designer leads naturally to time in a career when ones experience becomes valuable to those who need that one individual who knows (from doing) what needs to be done. Quin’s opinions and guidance have been sought out by production designers, art directors, special effects coordinators, props masters and construction coordinators. Quin has provided consultation services to these and other individuals and groups. The accumulated knowledge and experience of many years, under sometimes extreme pressure and even physical danger, have strengthened his character and judgement.

As a senior member of IATSE 891, he is one of only few technicians with the range of experiences he has accumulated. Quin has faced many situations over the years in which he was called upon to initiate members of a crew, many of whom had never worked in film before, into the complexities of the preproduction work. To expedite the creation of these works (working under deadline and budgetary constraints) Quin was required to evaluate crew members skill levels, natural talents and ambitions, directing them, teaching them and encouraging them toward the desired end. It was through this process that many members found their own gifts and talents, and are now experienced and valued members of the film community in Vancouver.

In the capacity of a department head Quin have been required to liaise with all or most of the contributing departments, department heads and managers of a given film project. The coordination & transmission of information between department head, designer, production management requires the diligent organization of his department and his assistants. The delegation of work to crew members best suited to the project, selection of materials and technical approach, require a constant and concise dialogue with management and technician.

Of course the one constant concern for management is budget. Therefore Quin is responsible for the estimation of costs for labour, the time that can be given to the completion of given project and the cost & selection of the appropriate materials to be use in the project. Budgeting is an aspect of project administration which draws heavily on accumulated experience and knowledge of his craft.