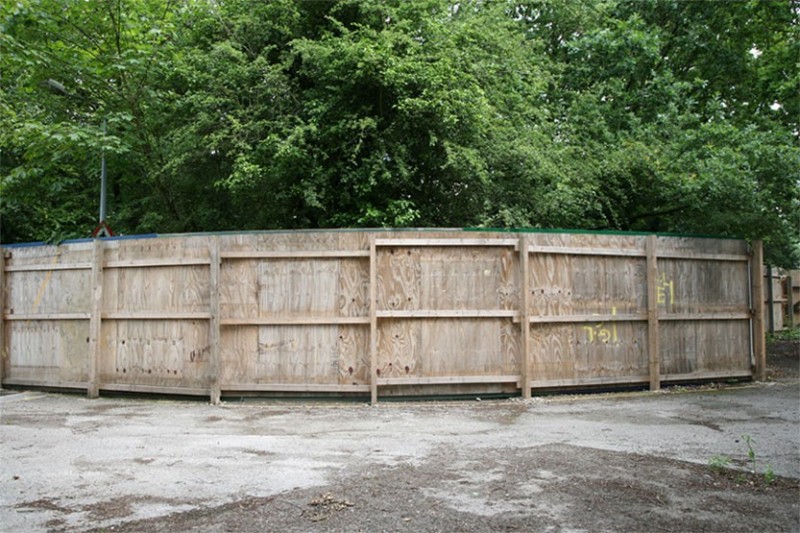 Spaces Buildings Make: the work of artistic research on the experience of built space (2005-13), a research project by Aoife MacNamara

This collaborative research project was staged at two sites in London, Phase II, a purpose built art and design school designed by Bill Howell for the firm Howell Killick Partridge and Aims for Middlesex Polytechnic in 1978, and Denys Lasdun’s 1976 Royal National Theatre (London, UK).  The project engages a range of artistic research practices to explore, contextualize and debate the role of the built environment of the art school (and related culturalspaces) as a dynamic site of social interaction out of which artistic research practices have developed as strategies for producing both knowledge of a space and knowledge of how to understand the formation of that space, the seeing of it, listening to it and the processes through which we as students, lecturers, administrators, facilities staff, librarians, artists and researchers contribute to how such built spaces are produced and experienced over time.I make connections between local developments in the cultural politics of artist education in north London and concepts of authorship, experience and history in the context of a built space. By critically reflecting on a series of collectively produced artistic research works produced out of a specific art school site, the research reflects on the implications – intellectual, political, social – of placing historical, critical and theoretical studies in the art school and on the contemporaneous design of flexible multi-purposed and adaptive spaces such as the Phase II building in which much of this study is located. The art school is proposed as an active engine, an environment within which many participate in different ways at different times in a shared community of aesthetic, cultural and intellectual debate in and around which they negotiate their developing practices.

Through a series of artistic research works, I argue that the experience of these spaces is comprehensible only at the point of encounter between artist, listener and work. The encounters presented here necessitate new and evolving social relations within the artistic research work and propose forms of resistance to dominant forms of subject formation within art school culture.