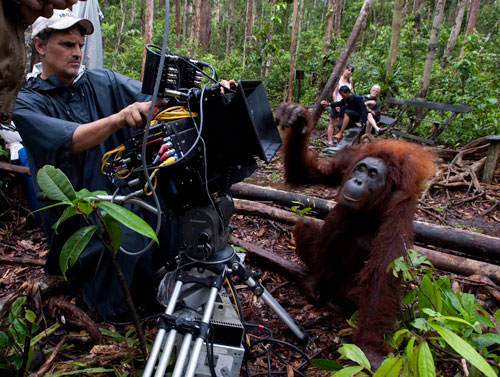 This event is FREE and open to the public, but space is limited!

We are in for a real treat with guest Dylan Reade, a freelance camera operator and stereographer who has specialized almost exclusively in IMAX 2D and 3D formats for the past twenty years. He will present a historical overview of the evolution of large format 3D over a twenty five year period, including an explanation of the technological breakthroughs that allowed IMAX to move beyond the technology of beamsplitters and into far simpler and more portable systems than those in current theatrical use. His presentation will include personal stories, photographs and an acknowledgement of some of the key players that kept 3D thriving prior to its current mainstream renaissance (including several from the Vancouver film industry). He will discuss the IMAX philosophical approach to 3D and an appraisal of how it has relevance for the broader industry. Clips from several soon to be released and also high profile IMAX 3D films will be shown.