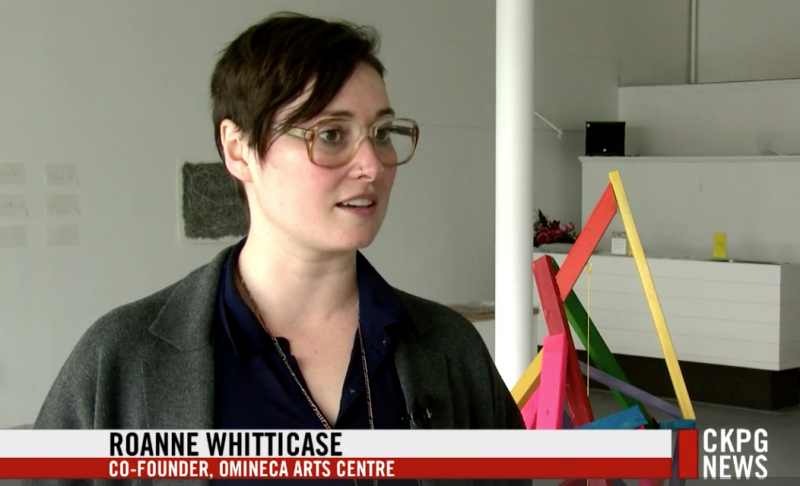 The opening of the Omineca Arts Centre in Prince George, BC was featured on CKPG News.

The Omineca Arts Centre is a new art space in Prince George that will enhance regional capacity for arts and culture through events, exhibitions, residencies, workshops, educational programming, and research. This project was initiated by an emerging group of artists, curators, and community organizers based in Prince George in collaboration with Emily Carr University of Art + Design and Two Rivers Gallery.

The Omineca Arts Centre occupies a storefront on unceded Lheidli T’enneh Territory in Prince George. It is the former site of the Neighbourhood Time Exchange | Downtown Prince George, which hosted a series of 9 community-driven artist-in-residence projects developed by Emily Carr University in 2016-2017.

“This project space has catalyzed new energy from the Prince George community, and we feel incredibly proud to be part of this new chapter,” said Kate Armstrong, Director of Living Labs at Emily Carr University.

“With Emily Carr and Two Rivers Gallery’s support, Omineca will give us the capacity to be culturally responsive to the unique needs of our region; and to engage in collaborative, inclusive and accessible programming and innovative projects,” said Roanne Whitticase, co-founder of Omineca Arts.

Find out more at ominecaartscentre.com