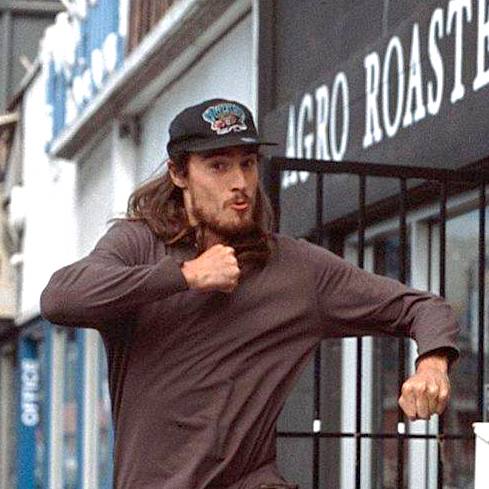 Patrick Christie is an industrial designer, a social innovator, and an entrepreneur, who believes that imagination and play are fundamental to a healthy process of creation and problem solving. His approach to design is both regional and human-centered, using regenerative methodologies to produce solutions and increase connectivity within complex systems. Patrick graduated from Emily Carr in Industrial Design in 2011 and received the Emily Award from the university in 2017.

From an early age, he was encouraged by his parents to solve problems through making and repurposing as opposed to simply buying something new. He grew up in an environment where creating a sustainable life meant being a good host, being generous, and building relationships within the community. He is the founder / co-founder of several enterprises including SPACE, Daly Co. and the Yew Woodshop – all located on the 500 Block of Clark Drive in East Vancouver.

His art practice is playful and draws inspiration from compositions and formations found in his surroundings. Patrick’s work triggers imagination by inviting the viewer to observe basic and mundane shapes and forms in ways that inspire curiosity and deeper contemplation. His work is rendered through quality craftsmanship and conscious material considerations. He recognizes that his work participates in a larger ecosystem of things, relationships, and systems, therefore he explores deeply into the context of a project before allowing ideas to materialize.