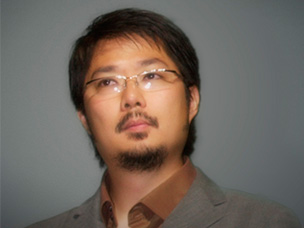 Wilson J. Tang is one of the founding partners of Kabam Vancouver responsible for all aspects of Visual Direction and User Experience. Prior to Kabam, Wilson oversaw the artistic direction of one of Electronic Art’s  biggest franchises, as well as the creative development of several original IPs.

Between 1999-2006, Wilson worked as Visual Effects Art Director at George Lucas’s Industrial Light & Magic (ILM) where his projects included Star Wars Episode 2, Lemony Snickett,  Kubrick & Spielberg’s A.I.:Artificial Intelligence, and Ang Lee’s The Hulk. While at ILM, Wilson received a patent for the pioneering use of real-time game engines for the previsualization of virtual environments.

Wilson was one of the original founders of The Embassy VFX in Vancouver, the studio responsible for films such as District 9 and Ironman.

Besides his entertainment projects, Wilson has continued to work as Design Consultant for a diverse range of clients including Dell and Nike Inc. Wilson has been on the board of advisers forIntercross Creative Center  (icc-jp.com), a pioneering startup incubator in Japan since its inception in 2001.

Wilson Tang is a visiting researcher (2014- 2015) in the Social + Interactive Media (SIM) Centre at Emily Carr University of Art + Design.