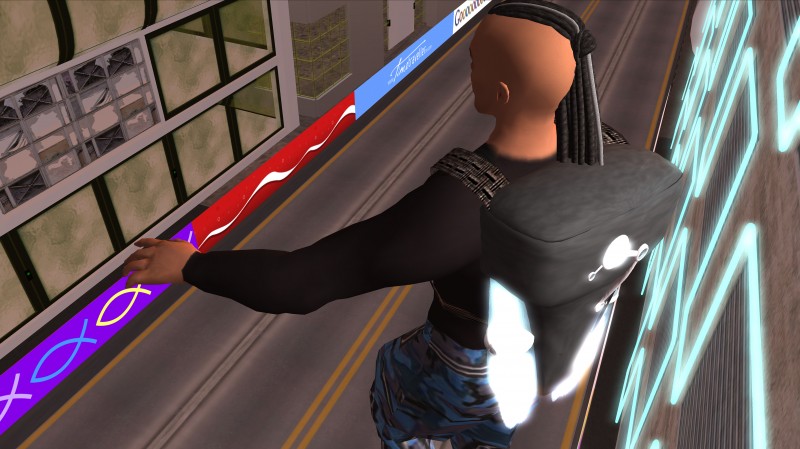 Skawennati, Steppin’ Out, still from TimeTraveller™, 2010. Courtesy the artist.

Skins is an innovative workshop that aims to empower Indigenous youth to use new technologies to tell their stories. Participants in MOA’s Native Youth Program will learn to tell stories in a new way, through machinima, a process of making a movie in a virtual environment such as a video game.

Led by Montreal-based artist Skawennati and presented by The Contemporary Art Gallery, in collaboration with the Museum of Anthropology, Emily Carr Living Labs, and the Initiative for Indigenous Futures.

Skawennati makes art that addresses history, the future, and change. Her pioneering new media projects include the online gallery/chat-space and mixed-reality event, CyberPowWow (1997-2004); a paper doll/time-travel journal, Imagining Indians in the 25th Century (2001); and TimeTraveller™(2008-2013), a multi-platform project featuring nine machinima episodes. Born in Kahnawake Mohawk Territory, Skawennati holds a BFA from Concordia University in Montreal, where she is based. She is Co-Director, with Jason E. Lewis, of Aboriginal Territories in Cyberspace (AbTeC), a research network of artists, academics and technologists investigating, creating and critiquing Indigenous virtual environments. This year, AbTeC launched IIF, the Initiative for Indigenous Futures.

This project was made possible through the support of the BC Arts Council Youth Engagement grant.