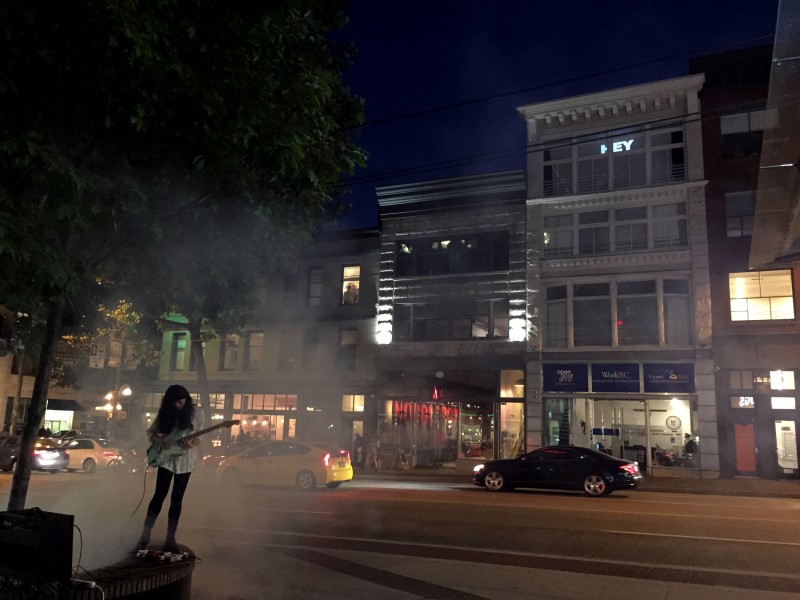 Situated in the space between art, installation and alternative music, this one-evening festival will provoke thoughtful and unconventional engagement with intersecting publics at Robson Square.

Casey Wei is an interdisciplinary artist, filmmaker, and musician based in Vancouver. She graduated with an MFA from SFU in 2012. Her practice has evolved from filmmaking (Murky Colors in 2012, Vater und Sohn / Father and Son / 父与子 in 2013), into works that cross over between art, music, and the community at large (Kingsgate Mall Happenings in 2014, Chinatown Happenings in 2015, and the art rock? series that began in 2015). In 2016, she began Agony Klub, a music and printed matter label that releases material under the framework of the “popular esoteric”. She also plays in the musical projects Late Spring and hazy.