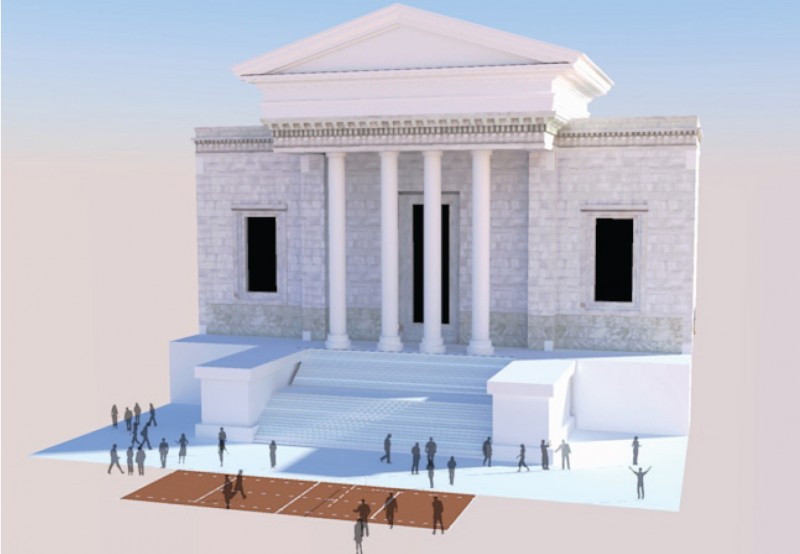 Open Season posits and then activates a mock tennis court located on 800 Robson Street between the Law Courts and the Vancouver Art Gallery. The project engages 10 artists and artist groups to activate and investigate the space of the court. Drawing from various terminologies of “court”: a tribunal presided over by judges and magistrates, an area marked for sports, and an establishment of and for sovereignty, we will insert a different type of court between the two existing ones.

The project references the area’s historical context as a site of public assembly, of play and protest. In addition, the idea of a tennis Open sets a precedent in allowing professional and amateur players to compete in the same tournament. Similarly, this project embraces that spirit by inviting ten emerging artists of different backgrounds to intervene in the court with a series of performances, installations and events. Each iteration, like a match of tennis, responds and works back and forth from one another.

This project activates public space, builds community and encourages social inclusivity by adding the unexpected to the everyday. In addition, the project provides local emerging artists with the opportunity to exhibit their works and interact with the public.

Pongsakorn Yananissorn‘s ’s practice investigates naturalized experiences and unobserved paradoxes where ideology is at its most potent.  Employing various mediums, his projects often take the form of subtle interventions and tongue-in-cheek responses. Through different projects Pongsakorn attempts to appropriate private and public spaces, from the personal to the institutional. He is the co-founder and curator of Plaza Projects in Richmond. Born in Thailand, he currently lives and works in Vancouver.

Denise Holland seeks to disrupt the meaning of objects and ideas in order to draw attention to alternative views. She is interested in the power structures we are immersed in, particularly those that are so ingrained that they seem invisible. Holland predominantly uses sculpture and text, often turning ideas literally upside down, inside out and backward in a satirical way.

Ten Different Things is a collaboration between CityStudio Vancouver  and Living Labs at Emily Carr University of Art + Design, curated by Kate Armstrong and supported by the City of Vancouver Public Art Program. Janet Moore and Duane Elverum are co-founders of CityStudio Vancouver.