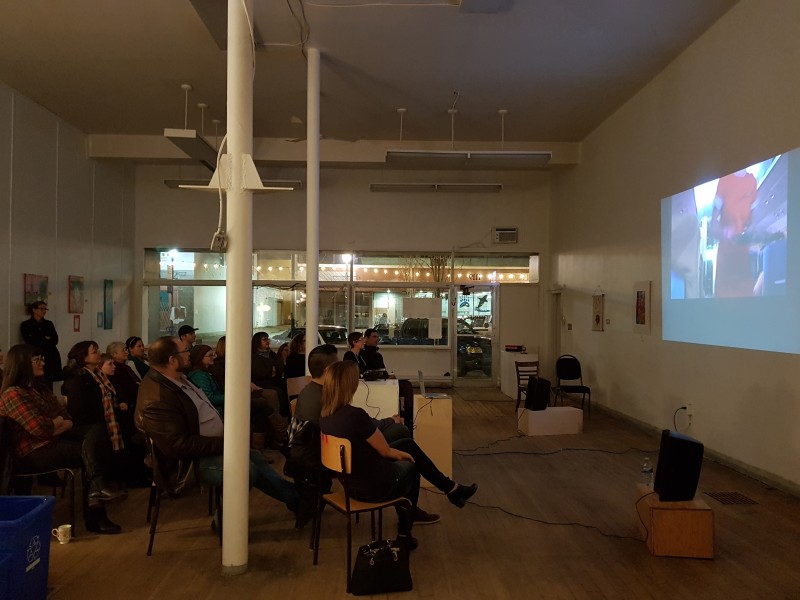 This was their second visit to Prince George, the first visit taking place in 2013, when they conceived of their project Transport. During their 2017 visit they were in residence at Omineca Arts Centre, a downtown location transitioning from an Emily Carr project space  to an independent multi-­disciplinary art space.

Dempsey and Millan were invited, during their residency, to use the time to develop a concept for a project that Two Rivers Gallery might later be able to host. Over the course of their residency they conducted research visits to The Exploration Place, The Ancient Forest, Wells and Barkerville. By the end of their residency, the artists had considered a concept for a project themed around space travel and had further developed ideas around another project performed only once before: What is Being Refused.

Part of the residency included outreach components in order to benefit the community. Dempsey and Millan gave an artist’s talk aimed at the general public on 30 November introducing a number of significant projects realized over their nearly three-‐decade long creative partnership. The other significant component of the Dempsey Millan residency was a series of studio visits with artists from in and around Prince George. They included Bill Horne, Claire Kujundzic (Wells BC); and Griffith Aaron Baker, Twyla Exner and Kim Stewart (Prince George).