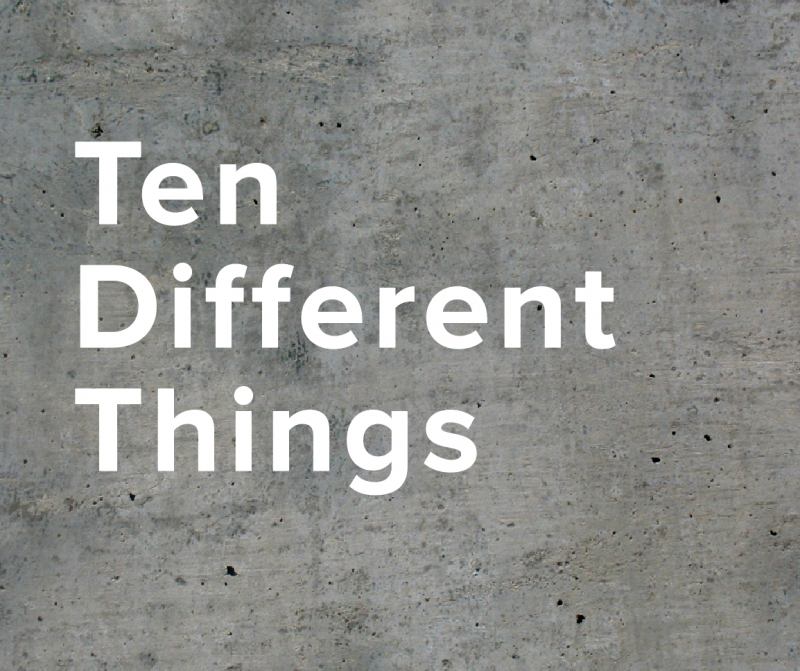 Each project will explore conditions of how culture is experienced in Vancouver or investigate the role of culture as a critical ingredient in the construct and vitality of our city. The projects will be temporary and take a variety of forms—events, installations, residencies, interventions—which will be realized in the spring of 2018.

The artists — Colleen Brown (alumna); Instant Coffee; Laiwan; Khan Lee (alumnus); Holly Schmidt (alumna); Henry Tsang (Associate Professor); Janet Wang; Casey Wei; Jen Weih (sessional faculty member); and Pongsakorn Yananissorn (alumnus) and Denise Holland — will explore questions such as, “How can we create structures, processes, or dynamics to produce new ways of living, working, interacting, or occupying the city?” and “Where are the intersections in public life where we, as artists, can produce alternate outcomes?”

Through CityStudio Vancouver, the artists will have the opportunity to engage with City of Vancouver staff and protocols  as part of the exploration and creation process, ultimately producing work that will be sited in the public realm. Ten Different Things will culminate with an event in May of 2018.

“Ten Different Things is a way for artists to contribute to conversations about city-building and cultural policy not only through their expertise and engagement with the subject matter, but by creating new ways of working.”

“A key part of what we do at CityStudio is find new ways to imagine what is possible in Vancouver. Through Ten Different Things we are excited to connect artists to City staff and City processes in order to engage in new conversations and imagine alternative futures.”

Living Labs is one of four research centres at Emily Carr University of Art + Design. The Lab develops projects and partnership models that use art and design as a mechanism for innovation and community building.

The City of Vancouver Public Art Program produces contemporary art for public spaces throughout the city. It supports excellence in public art of many kinds, by emerging and established artists, in new and traditional media, and through award-winning commissions and artist collaborations.

Colleen Brown is an artist living in Vancouver who works primarily in sculpture. She completed her BFA at Emily Carr Institute and received her MFA from Bard College in 2011. She was the Programme Coordinator at Artspeak for five years and is occasionally a sessional faculty member at Emily Carr University. She received a Portfolio Prize in 2016. Her work has been exhibited in British Columbia, New York, Holland, Washington and Quebec.

Instant Coffee is a service oriented collective of artists, curator and designers based in Vancouver, Winnipeg, Toronto and Seoul, South Korea. Its frequent practice is to build architectural installations, which become venues for a series of organized events from formal lectures and screenings to informal gatherings and workshops. Together they have developed a practice that culminates in bringing together numbers of different areas of pursuits, be it designing wallpapers, organizing large-scale cultural events to temporary installations and permanently commissioned public works.

Laiwan is an interdisciplinary artist, writer and educator with a wide-ranging practice based in poetics and philosophy. Born in Zimbabwe of Chinese parents, she and her family immigrated to Canada in 1977 to leave the war in Rhodesia. She founded Or Gallery in 1983. Since 2000, Laiwan has been investigating embodiment through performativity, audio, music, improvisation, and varieties of media, so as to unravel and engage presence and bodily, emotional affect. Recent public commissions enable her to focus on issues of urban development, touching on poetic and philosophic themes related to current questions of environment and the built cityscape of Vancouver. She currently teaches at the MFA in Interdisciplinary Arts at Goddard College, Port Townsend, WA, and is based in Vancouver.

Holly Schmidt has a research-based practice that engages processes of collaborative research and informal pedagogy. Moving across disciplinary boundaries, she explores the relationships between practices of making, knowledge creation and the formation of temporary communities. Her recent exhibitions and residency projects include Pollen Index with Charles H. Scott Gallery (2016), Till with the Santa Fe Art Institute Food Justice Residency (2014/15), Mess Hall as part of the residency Society is a Workshop at the Banff Centre (2013), Moveable Feast with Burnaby Art Gallery (2012), and Grow with Other Sights for Artists’ Projects (2011). She maintains a studio in Vancouver and holds the position of Curator of Learning and Community Engagement at the Contemporary Art Gallery.

Henry Tsang is a visual and media artist and occasional curator based in Vancouver. His artworks incorporate digital media, video, photography, language and sculptural elements that follow the relationship between the public, community and identity through global flows of people, culture and capital. Projects include Maraya, an eight-year collaboration that investigates the reappearance of Vancouver’s False Creek in Dubai as the Dubai Marina; Orange County, shot in California and Beijing and Olympus, shot in Torino and Vancouver, exploring overlapping urban and socio-political spaces; and Welcome to the Land of Light, a public artwork along Vancouver’s seawall that underscores Chinook Jargon, a 19th Century local trade language, and the English that replaced it. Curatorial projects include Self Not Whole: Cultural Identity and Chinese-Canadian Artists in Vancouver (1991); Racy Sexy (1993); and City at the End of Time: Hong Kong 1997 (1997). Henry is an Associate Professor at Emily Carr University of Art + Design.

Janet Wang is a visual artist working within a traditional painting practice, integrated with sculptural installation practices and digital media.  She received her Bachelor of Fine Arts from the University of British Columbia and her Master of Studio Practice from the University of Leeds in England. Her work explores the construction of identity through the appropriation and disruption of social patterns and familiar gestures.  The artist extrapolates from the canons and traditions of history, both the artistic and the quotidian, in order to use the familiar as a meeting point with the viewer. Her work has been exhibited in Canada, the United States, and the UK, and has been awarded residencies from the Arts Council of England, ArtStarts, the Burnaby Arts Council, and received the Visual Arts Development Award by the Vancouver Foundation. She is currently is an instructor at the Art Institute of Vancouver.

Casey Wei is an interdisciplinary artist, filmmaker, and musician based in Vancouver. She graduated with an MFA from SFU in 2012. Her practice has evolved from filmmaking (Murky Colors in 2012, Vater und Sohn / Father and Son/ 父与子 in 2013), into works that cross over between art, music, and the community at large (Kingsgate Mall Happenings in 2014, Chinatown Happenings in 2015, and the art rock? series that began in 2015). In 2016, she began Agony Klub, a music and printed matter label that releases material under the framework of the “popular esoteric.” She also plays in the musical projects Late Spring and hazy.

Jen Weih’s projects range from printmaking to video to participatory movement events to public programming and community engagement. She has worked with Other Sights since 2011, leading on Slow Dirt for Urgent Imagination, a conference considering artist responses to urban development at the Western Front, and The Foreshore, a public research series focused on poetic activist strategies, politically engaged artist practices and innovative philosophical proposals presented in collaboration with Access Gallery. Her work for Ten Different Things will combine her urban interests with her ongoing investigations into movement experiments and somatic therapies. She is a sessional instructor at Emily Carr University and lives and works in Vancouver, unceded Coast Salish Territory.

Pongsakorn Yananissorn and Denise Holland | Pongsakorn Yananissorn’s practice investigates and expands on naturalized experiences and unobserved paradoxes in which ideologies are at their most potent. Employing various mediums that correlate to their own socioeconomic and historical specificities, his projects often take form in subtle interventions and tongue-in-cheek responses. His recent works take a position in which existential troubles and frictions of the human condition are born of spatial negotiation. Through different projects Pongsakorn attempts to perform these negotiations through appropriations of private and public spaces, from the personal to the institutional. This extends to his curatorial practice, in which is currently the co-founder and curator of Plaza Projectsin Richmond. Born in Thailand, he currently lives and works in Vancouver.

Denise Holland seeks to disrupt the meaning of objects and ideas in order to draw attention to alternative views. She is interested in the power structures we are immersed in, particularly those that are so ingrained that they seem invisible. Holland predominantly uses sculpture and text, often turning ideas literally upside down, inside out and backward in a satirical way. As an extension of her interest in subverting traditional power structures, she is the founder and curator of Parking Spot Projects in Gastown, a small defunct retail space focused on providing opportunities to “embryonic” artists with little exhibition experience. Holland is a Canadian artist who lives and works in Vancouver.